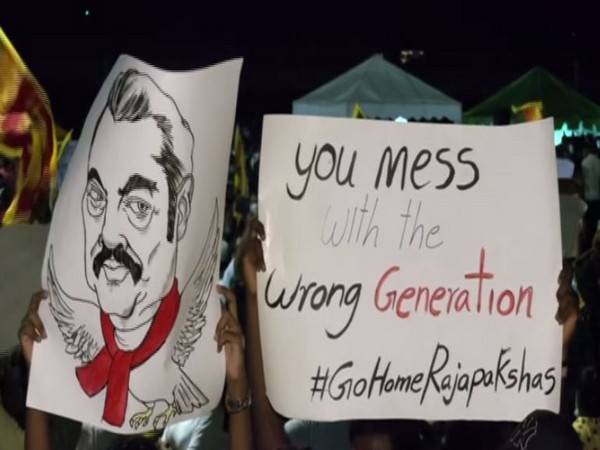 Colombo: Amid the ongoing economic crisis, the underway Sri Lankan parliamentary session stands crucial as the two no-confidence motions against the President and the government by the opposition Samagi Jana Balawegaya (SJB) are likely to be taken up.

"It will now become clear who is betraying the demands of the people," the Opposition leader said.

As the ongoing economic crisis continues to fuel unrest in the Island country, the protests at 'Galle Face' in Colombo in front of the Presidential Secretariat continued for the 24th day on Monday even as the government faces the prospect of a no-confidence motion in the upcoming parliamentary session.

A large number of people from various parts of the island were present at the protest as well demanding the resignation of President Gotabaya Rajapaksa and Prime Minister Mahinda Rajapaksa, Colombo Page reported.

The protests are being attended by religious leaders, youth, civil activists, artists, university students, journalists, disabled war heroes, trade union representatives, scholars and people from all walks of life from various parts of the country, the report added.

The protestors have also set up supporting facilities including libraries, first aid units and media units at the site.

Meanwhile, the protesters have launched a Public Campaign requesting the public to ask the parliamentarians to vote for the no-confidence motion against the government and impeachment motion against the President by posting the following message on their social media profiles and posting with #GotaGoHome2022 #GoHomeRajapaksas, the report further said.

Sri Lanka is facing its worst economic crisis since independence with food and fuel shortages, soaring prices and power cuts affecting a large number of the people, resulting in massive protests over the government's handling of the situation.

The recession is attributed to foreign exchange shortages caused by a fall in tourism during the COVID-19 pandemic, as well as reckless economic policies, like the government's move last year to ban chemical fertilizers in a bid to make Sri Lanka's agriculture "100 per cent organic".

Due to an acute shortage of Foreign exchange, Sri Lanka recently defaulted on the entirety of its foreign debt amounting to about USD 51 billion.

The economic situation has led to huge protests with demands for the resignation of Prime Minister Mahinda Rajapaksa and President Gotabaya Rajapaksa.