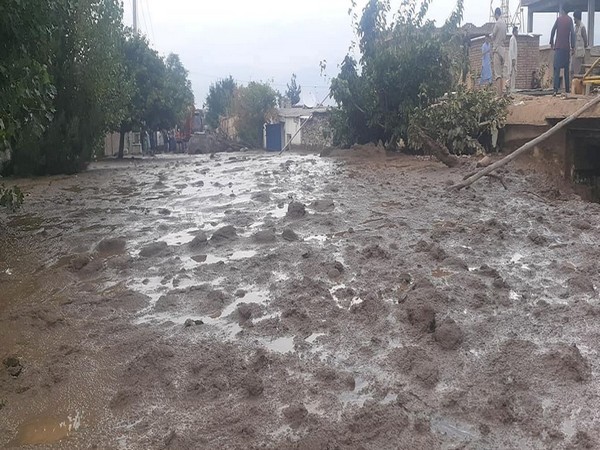 Faryab: Due to heavy rain and flooding two persons were confirmed dead and scores were left homeless in Afghanistan's northern Faryab province, nearly 500 houses have been badly damaged or washed away informed a villager Azizullah on Wednesday.

Two children died and several houses were washed away some 500 houses in and around the provincial capital Maimana city, the eyewitness asserted, reported Xinhua.

In the meantime, Asadulah Waqas, the director of Disaster Management and Humanitarian Affairs of Faryab province, has confirmed the natural disaster, saying the downpour and flooding have caused property damages in the province.

Without providing details, the official said that the authorities would provide necessary assistance to the affected families.

Mullah Khan Haqyar, the district chief of Shinwari district in the eastern Parwan province, also confirmed that heavy rains and flooding had killed two children in the district on Tuesday night.

Similarly, heavy rains and flooding have also damaged some houses and farmlands in Baghlan province on Tuesday night, provincial director for Information and Culture Mawlawi Mustafa Hashimi confirmed Wednesday, as per the news agency.

Parts of war-torn Afghanistan including the capital city Kabul experienced downpour and flooding on Tuesday night.