PM Modi thanks German govt for hospitality during his 'productive' visit 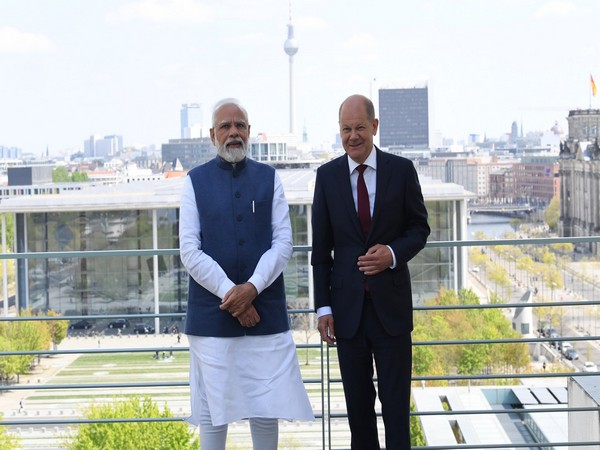 Berlin: Prime Minister Narendra Modi on Tuesday thanked the German government for the hospitality during his "productive" visit to the country.

"My Germany visit has been a productive one. The talks with @Bundeskanzler Scholz were extensive and so were the Inter-Governmental Consultations. I got a great opportunity to interact with business and Indian community leaders. I thank the German Government for their hospitality," he tweeted. While leaving for the airport for his Denmark visit, PM Modi briefly met the members of the Indian community who had gathered at the hotel to bid him a farewell.

Notably, PM Modi arrived in Berlin on Monday on the first leg of his three-day Europe visit. He received a ceremonial guard of honour followed by a bilateral meeting with the German chancellor Olaf Scholz. This was their first engagement since Chancellor Scholz assumed office in December 2021.

The one-on-one meeting was followed by the IGC, the plenary session of which was co-chaired by PM Modi and German chancellor Scholz.

Addressing a press briefing on Monday, Foreign Secretary Vinay Kwatra informed that the economy, ecology, trade, investment linkages, and green partnership were the central pillars on which the discussions focussed.

"The two leaders also shared their respective perspectives on developments on different issues, developing all over the world. This included the knock-on effects of the Ukraine conflict, particularly in sectors like food, energy, fertilisers, edible oil, etherol," he said.

Moreover, Germany has made an advance commitment to provide 10 billion euros of new and additional developmental assistance in India until 2030 under the Joint Declaration of Intent (JDI) on Green and Sustainable Development Partnership signed between the two countries.

PM Modi will visit Denmark today to hold talks with leaders from Nordic countries. He will also make a stopover in Paris on Wednesday and meet the newly re-elected French President Emmanuel Macron.