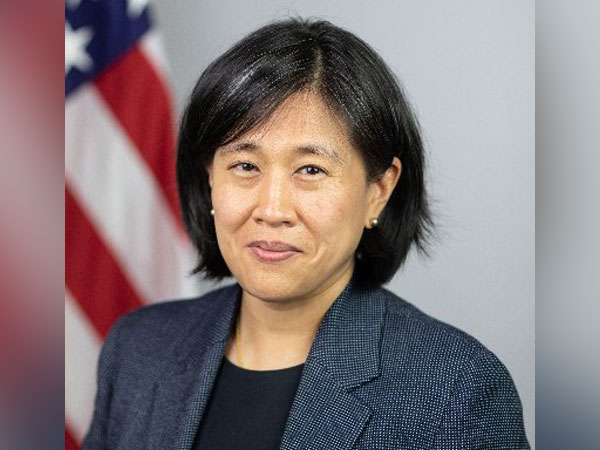 Washington: The Biden administration is considering lowering the existing trade tariffs amid all other available tools to fight the galloping inflation in the United States, US Trade Representative Katherine Tai said during an event organized by the Milken Institute.

"We need to be looking at our economic policy tools across the board. You want to look at tariffs? Sure, let's look at tariffs, but also let's look at monetary policy, fiscal policy. Let's look at tax policy. All of these tools you need to look at," Tai said on Monday when asked whether reducing tariffs can be a solution to taming inflation. "All tools are on the table." Tai pointed out that rising prices in the United States are a "shocking challenge" and whatever tools are deployed to solve it must take into account medium-term goals and not short-term ones.

The United States is experiencing the highest rate of inflation in over four decades. The latest Personal Consumption Expenditure (PCE) Index, a US inflation indicator closely followed by the Federal Reserve, grew 6.6 per cent in the year to March, keeping to its fastest expansion in four decades with energy increasing by nearly 35 per cent and food by 10 per cent.

Tai's office is required to begin notifying companies by this weekend of the impending termination of Trump-era Section 301 tariffs that were imposed on an initial USD 34 billion in Chinese goods in 2018, according to Politico citing a 1974 statute.

Last week, the White House said it is continuing to look at the tariffs on China introduced by the Trump administration. The Biden administration is looking at how the tariffs impact jobs, wages, and inflation, Press Secretary Jen Psaki told reporters.

In 2018, the US hiked duties on certain Chinese imports in a bid to balance the trade deficit. Both countries exchanged several rounds of reciprocal tariffs the following year.

In December 2021, China said it made efforts to fulfil the deal despite the pandemic and expressed the hope that the US would also make efforts on its end to continue developing bilateral trade.