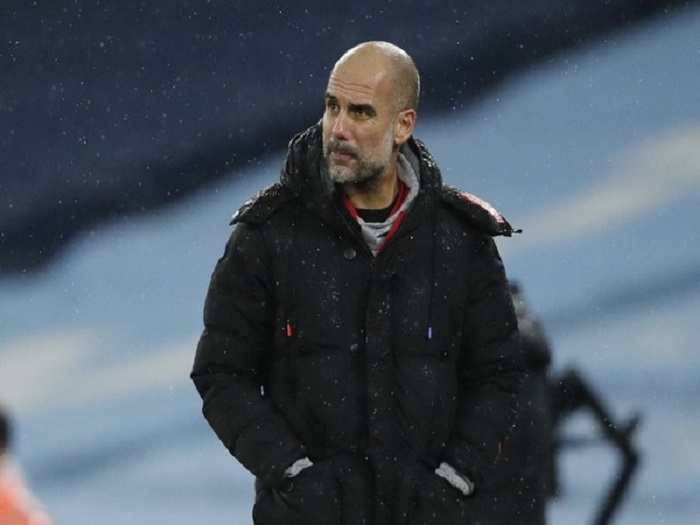 City made the short trip to Leeds knowing only a win would take them to the top and they beat a spirited rival that needed the points to climb away from the relegation dogfight.

Rodri's glancing header put Guardiola's men ahead after 13 minutes and Nathan Ake (who later went off injured) doubled their lead 10 minutes into the second half after good work from Ruben Dias.

Gabriel Jesus then produced a cool finish to finally kill off Leeds in the 78th minute before Fernandinho rounded off the scoring in injury time.

Liverpool had gone top on Saturday lunchtime thanks to Naby Keita's 19th-minute goal in their difficult visit to Newcastle.

Liverpool had chances to widen their lead, but Mohamed Salah, Luis Diaz and Sadio Mane all failed to kill the game, although a solid defensive display meant the result was rarely in doubt.

Arsenal and Tottenham Hotspur also maintain a duel for fourth place and a place in next season's Champions League with Tottenham enjoying a routine 3-1 win at home to Leicester City.

Two goals from Son Heung-min and one from Harry Kane set up Spurs' win, with Kelechi Iheanacho netting a late consolation for the visitors.

Arsenal responded with a 2-1 win away to West Ham, who looked tired after their Europa League semifinal against Eintracht Frankfurt.

Rob Holding opened the scoring for Arsenal in the 38th minute and although Jarrod Bowen leveled on the stroke of halftime, Gabriel Martinelli's stooping header gave Arsenal the win that keeps them in pole position for a spot in next season's Champions League.

Norwich are the first team to be relegated after Ollie Watkins' 41st-minute goal and an injury-time finish from Danny Ings condemned them to a 2-0 defeat to Aston Villa and ruined Dean Smith's return to face his former club.

Watford are almost certain to join Norwich in a quick return to the Championship as they were beaten by two late goals at home to Burnley, who took a huge step towards assuring survival with goals from Jack Cork and Josh Brownhill on the 83rd and 86th minutes to cancel out James Tarkowski's unlucky own goal.

Burnley's win lifted them above Leeds and took them five points clear of Everton to pile the pressure on Frank Lampard's side on their home game against Chelsea on Sunday afternoon.

A solitary goal from Richarlison at the start of the second half gave Everton an absolutely vital three points to leave them two points behind Burnley and Leeds with a game in hand.

Richarlison took advantage of an error from Cesar Azpilicueta to score the only goal of the game, while Everton's England international keeper Jordan Pickford kept Chelsea at bay with a series of excellent saves and Mason Mount was unlucky to twice hit the woodwork.

Brighton are ending the season strongly with goals from Alexis MacAlister, Leandro Trossard and Yves Bissouma giving them a 3-0 win away to Wolves.

Crystal Palace won 2-1 away to Southampton with second-half strikes from Eberechi Eze and Wilfred Zaha canceling out Oriol Romeu's opener for the home side.