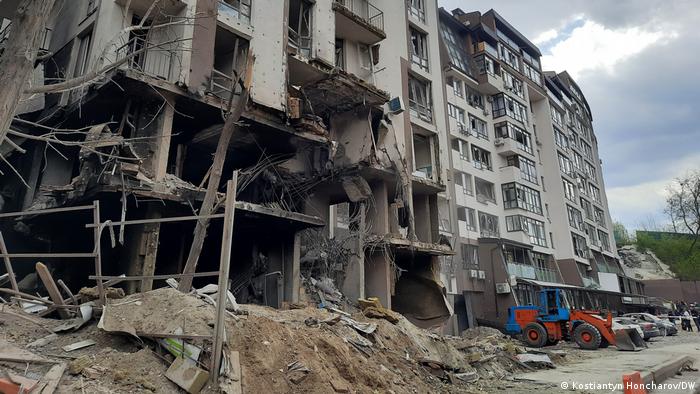 In his nightly video address, Ukrainian President Volodymyr Zelenskyy claimed that Russia wants to "destroy any life" in the Donbas region of eastern Ukraine, comparing it to the Russian offensive against the port city of Mariupol.

He welcomed the return to Kyiv of the British Ambassador Melinda Simmons and added that "currently, 27 foreign diplomatic missions operate in the capital of our country."

Zelenskyy also gave his condolences to the relatives and friends of Vera Hyrych, the journalist killed in Thursday's airstrike against Kyiv.

"The dismantlement of debris in Kyiv, where Russian missiles hit yesterday during the visit of UN Secretary-General António Guterres, continues," he said. "Unfortunately, such a deliberate and brutal humiliation of the United Nations by Russia was left without a powerful response."

Hyrych lost her life when a Russian missile hit her home in downtown Kyiv, according to the broadcaster. The Prague-based news outlet also said that the missiles damaged the first and the second floor of the 25-story residential building, causing a fire.

The shelling took place during the visit of UN Secretary-General on Thursday, with the reporter's body discovered on Friday morning.

"She was going to bed when a Russian ballistic missile hit her apartment in central Kyiv. Russia's barbarism is incomprehensible," Ukrainian Foreign Ministry spokesperson Oleg Nikolenko said. "We call on media organizations to condemn the murder of Vira and all other innocent Ukrainians."

Several reporters have lost their lives since the war in Ukraine started, including Fox News cameraman Pierre Zakrzewski and his fixer, Ukrainian journalist Olexandra Kuvshynova, as well Brent Renaud, a US documentary filmmaker that had previously worked for the New York Times.