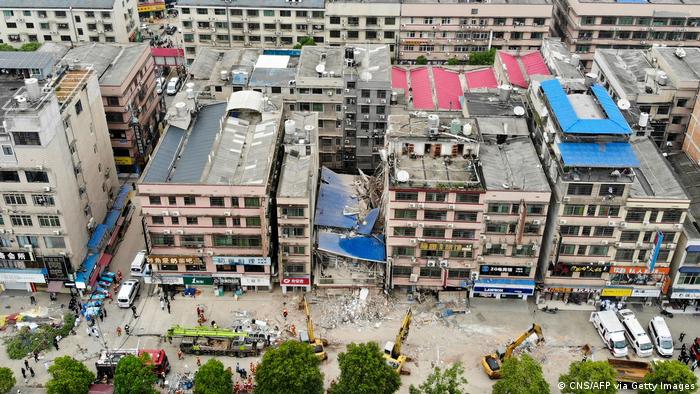 Xi made the instruction immediately after the incident, which took place at 12:24 p.m. on Friday in Wangcheng District in the provincial capital Changsha.

Xi, also general secretary of the Communist Party of China (CPC) Central Committee and chairman of the Central Military Commission, urged all-out efforts to save the injured and prevent secondary disasters.

Xi ordered a thorough investigation into the cause of the incident and the disclosure of authoritative information promptly.

Xi asked for a nationwide special campaign to defuse risks with self-constructed buildings to protect people's lives and property and ensure social stability.

Premier Li Keqiang, also a member of the Standing Committee of the Political Bureau of the CPC Central Committee, urged swift efforts to rescue the trapped and ordered local authorities to address the risks in the construction sector, especially with self-constructed buildings used for operating businesses, to prevent major accidents.

State Councilor Wang Yong and officials from central and local authorities have arrived at the scene, and the search and rescue efforts are still underway.