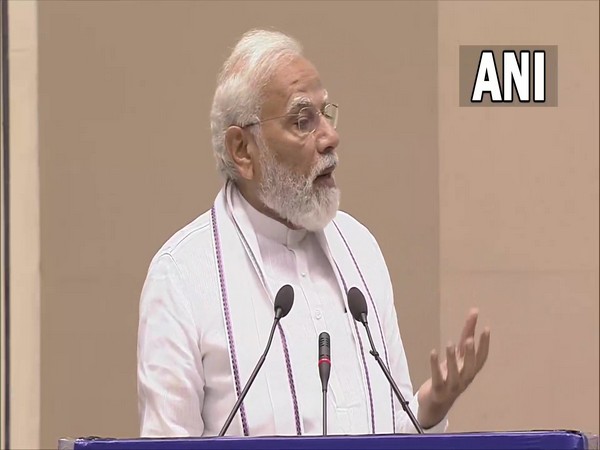 New Delhi: Prime Minister Narendra Modi singled out states for being slow in abolishing obsolete laws, urging the Chief Ministers on Saturday to speed up the legislative reform to help the people come out of the web of legislation.

PM Modi on Saturday addressed a joint conference of Chief Ministers and Chief Justices of High Courts at Vigyan Bhawan in Delhi. Speaking on the intricacies of laws for the people, PM Modi said the Centre has so far abolished 1450 of the total 1800 identified obsolete legislation. But only 75 laws have been abolished by the state, stated PM Modi.

"In 2015, we identified about 1,800 laws which had become irrelevant. Out of these, 1,450 such laws were abolished. But only 75 such laws have been abolished by the states," PM Modi said.

The Prime Minister also urged the Chief Ministers to speed up the process to remove irrelevant laws from the statutory books to help people come out of the web of legislation.

"Today, there are about 3.5 lakh prisoners in the country who are under-trial. Most of these people are from poor or ordinary families," he pointed out.

"In every district, there is a committee headed by the District Judge, so that these cases can be reviewed and wherever possible, such prisoners may be released on bail. I would appeal to all Chief Ministers and Chief Justices of High Courts to give priority to these matters on the basis of humanitarian sensibility and law," said PM Modi.

He called upon the Chief Ministers and Chief Justices of High Courts to prioritize "these matters on the basis of humanitarian sensibility and law".

The Prime Minister said mediation is also an important tool for the settlement of pending cases in the courts, especially at the local level, adding that there is an age-old tradition of settlement of disputes through mediation in the society.

He said that the government has introduced the Mediation Bill in Parliament as umbrella legislation. "With our rich legal expertise, we can become a global leader in mediation. We can present a model to the whole world," he said.

Earlier this week, PM Modi had blamed the state governments for not lowering the value-added tax (VAT) on fuel.

"In order to reduce the burden of rising petrol and diesel prices, the central government reduced the excise duty last November. We had urged the states to reduce their taxes. Some states reduced the tax and provided benefits to the consumers but some didn't do so," said the Prime Minister during his interactions with Chief Ministers of several states over rising cases of COVID-19.

Naming Opposition-ruled states, PM Modi had said, "Maharashtra, West Bengal, Telangana, Andhra Pradesh, Kerala, Jharkhand, and Tamil Nadu did not follow the advice of Central government and people in these states are burdened with price rise."