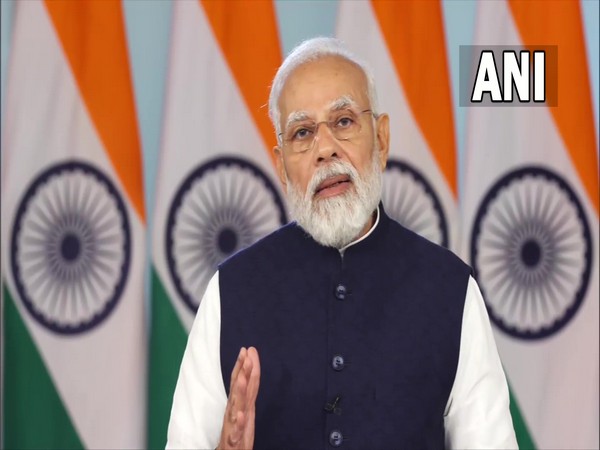 New Delhi: Hailing India for being an attractive investment destination for semiconductor technologies, Prime Minister Narendra Modi on Friday said the country's own consumption of semiconductors is expected to cross $80 billion by 2026 and may touch $110 billion by 2030.

PM Modi said that the country is building a digital infrastructure to connect over 1.3 billion citizens. "We are using digital technology to transform lives in all sectors of governance from health and welfare to inclusion and empowerment," PM Modi said while virtually inaugurating the three-day Semicon India Conference-2022 in Bengaluru.

The Prime Minister said that with steps like connecting six hundred thousand villages with broadband investment in developing capabilities in 5G, IoT, and clean energy technologies, India is paving the way to lead the next technology revolution.

India is headed for robust economic growth with the world's fastest-growing startup ecosystem and has undertaken wide-ranging reforms for improving the ease of doing business in the country, PM Modi said.

He noted the various reform measures taken by the government like the abolition of more than 25,000 compliances, a push towards auto-renewal of licenses, transparency and speed in regulatory framework via digitisation, and one of the most favorable taxation structures in the world.

He also said that India has undertaken several measures toward transforming the Indian manufacturing sector. "At a time when humanity was fighting a once in a century pandemic, India was not only improving the health of our people but also the health of our economy", he said.

The Prime Minister also talked about ''Production Linked Incentives'' schemes that offer incentives of over $26 billion in 14 key sectors.
"Over the next 5 years, the electronics manufacturing sector is expected to see record growth," he informed.

He also said that the recently announced Semicon India's programme with a total outlay of over $10 billion aims to provide financial support to companies investing in semiconductors, display manufacturing, and design ecosystems.

Noting the formation of the new world order, the Prime Minister asked to seize the opportunity that is emerging.

"We have worked hard over the last few years to create an environment that encourages growth. India has an appetite for tech and risk-taking. We have put the odds in your favor as far as possible through a supportive policy environment. We have shown that India means business," the Prime Minister concluded.

Union Ministers, semiconductor industry business leaders, investors, academics and diplomats were among those present on the occasion.