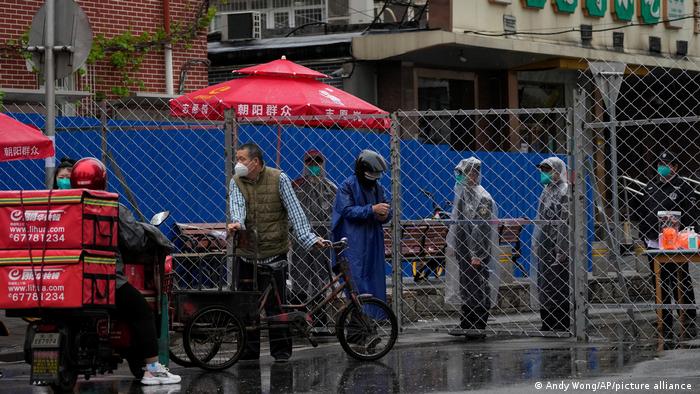 Authorities have closed down businesses in Chaoyang, among Beijing's biggest districts

Authorities in the Chinese capital city of Beijing on Friday closed more malls, gyms, cinemas and apartment blocks to contain a COVID outbreak.

Education officials also asked schools to close after Friday's classes and said they had not decided when classes would resume.

Beijing, which has a population of 21 million, began screening people for COVID earlier this week by conducting three rounds of mass testing across twelve of its most populated districts.

Authorities in Chaoyang district, one of the biggest districts with 3.5 million residents, began the last of three rounds of screening on Friday.

People who went to testing centers received text messages from authorities asking them to stay home until they knew their test results.

Chaoyang was one of the first districts to begin mass testing people this Monday, which is also when people grew fearful of a sudden lockdown and lined up at grocery stores to stock up on food.

Residents in Beijing are wary about the chaotic situation that followed in Shanghai, where a lack of food and access to medical care due to a sudden lockdown fueled public anger.

Shanghai has since gradually eased restrictions, with 12.38 million people, nearly half of the total population, deemed at lower risk of infection at present.

As of Thursday, the number of people who were unable to leave their homes was reduced by 6.6 million people, a health official told a news conference.

Another 5.93 million people were declared to be at medium risk, meaning they could leave their apartment but not their housing blocks.