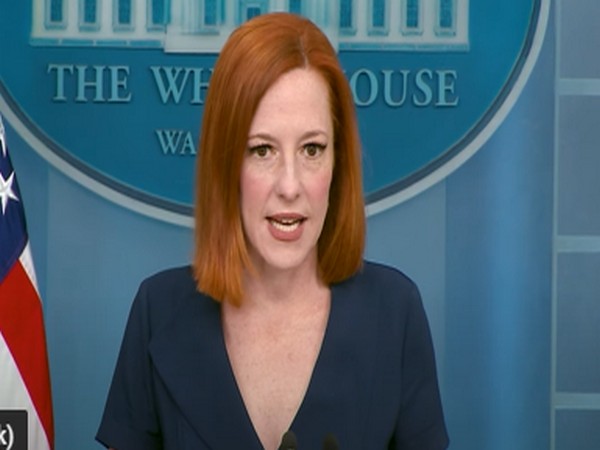 Washington: US President Joe Biden will raise the issue of a unified response against Russia in the upcoming Quad summit in Toyko next month and will provide an update on the steps Washington is taking to help Ukraine amid the ongoing conflict, the White House said on Thursday.

This comes as Japan announced a summit of leaders of the Quadrilateral Security Dialogue (QUAD) nations in Tokyo on May 24. Answering a question about whether Biden will raise the issue of a unified response to Russia, White House Press Secretary Jen Psaki said, "We will convey the same sentiments in this meeting."

"Now, this meeting is several weeks away, so a lot can certainly happen," said Psaki, adding that "certainly, the President will provide an update on what we're doing and where things stand at that point in time."

Biden will visit South Korea and Japan on May 20-24 to boost cooperation between the US and the two nations, the White House announced on Wednesday.

In Tokyo, Biden will also meet with the leaders of the Quad grouping of Australia, Japan, India, and the United States.

"We look forward to having further details to share about this trip soon," the White House said.

In September last year, Biden had hosted Prime Minister Scott Morrison of Australia, Prime Minister Narendra Modi of India, and then Japanese PM Yoshihide Suga at the White House for the first-ever in-person Leaders' Summit of the Quad.