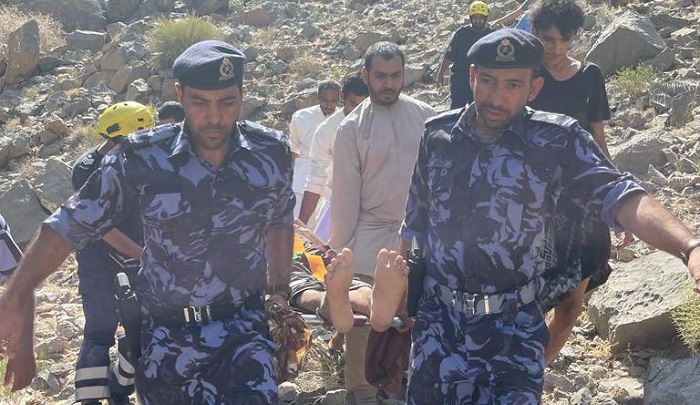 Muscat: An expat who had a fall at Jabal Al-Abyad in the Wilayat of Dima Wattayeen has been rescued by the Royal Oman Police (ROP). The expat suffered injuries and fractures.

"North Al Sharqiyah Governorate Police Command, in cooperation with the Civil Defence and Ambulance Authority and a number of citizens, is carrying out a rescue operation for an Asian person who suffered injuries and fractures as a result of falling from a high place in Jabal Al-Abyad in the Wilayat of Dima Wattayeen. He was transferred to the hospital for treatment," ROP said in a statement.