Opaz allocates over OMR2.3mn to increase green area in Duqm 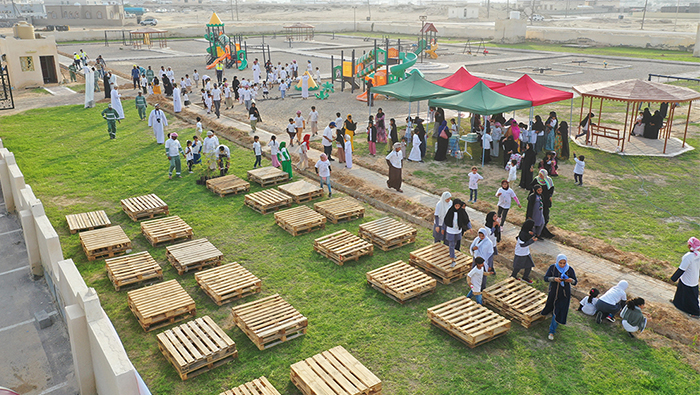 Muscat: The Public Authority for Special Economic Zones and Free Zones (Opaz) assigned a project to design and develop the first phase of beautification, afforestation and landscaping work in the Special Economic Zone at Duqm (Sezad), with an estimated value of over OMR2.3 million.

Eng. Yahya bin Khamis Al Zadjali, In Charge of Managing the Operations of the Special Economic Zone at Duqm (Sezad), stressed that this project reflects Opaz keenness to improve the urban lifestyle by increasing the greenery in the Zone, providing the best infrastructure and maintain environmental balance.

The first phase of beautification, afforestation and landscaping works in Duqm includes different locations that are distributed on Sultan Qaboos Street over 16 km, three roundabouts, pavements of the Airport Street covering 4.5 km, Al Salamah Roundabout, as well as the service road in the exhibition area covering 4 km with the roundabout.

The project also brings two parks in the commercial district - the Rock Garden District – stretching over 6,400 sqm and 3,500 sqm and Al Saada neighbourhood park. Further, it includes other construction works for several public facilities, such as green spaces for kids’ activities and family gatherings, and others that could be used for different sports, cultural and social activities. All these spaces will be irrigated through a modern system that comes as part of the development project.

Al Zadjali pointed out, “The current green areas in the Special Economic Zone at Duqm cover about 26,000 sqm, while the new project will bring an additional 35,000 sqm. Post completing the project, the total greenery will cover an area of more than 60,000 sqm, including the planting of over 5,000 different trees that suit the climate condition of Duqm.”

He added that the Public Authority for Special Economic Zones and free zones accords special attention to many other works related to developing the master plan of the Special Economic Zone at Duqm. Such works are aimed to increase the green areas, afforestation and landscaping, reflecting their environmental importance.

In view of that, Opaz introduced several projects and initiatives earlier, some of which are the 'Plant a Tree' initiative with a focus on beautification works in some areas. This serves to make the zone a model for integrated economic cities that mix industrial, commercial, tourism and social projects with high attention to environmental and health aspects, as well as providing various services for the community.