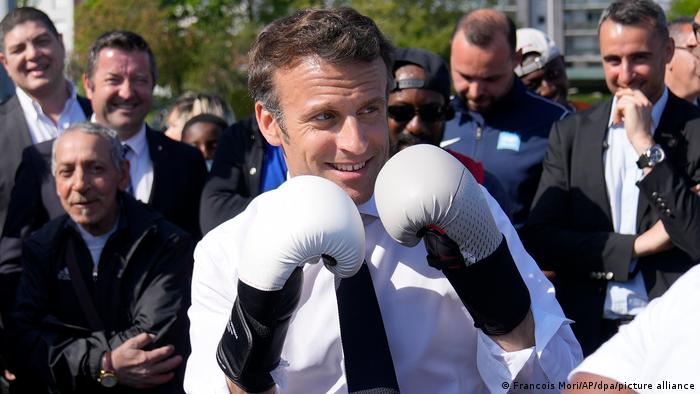 Paris: Emmanuel Macron on Sunday won a second term in France's presidential election with 58.2 per cent of the vote, local media reported.

Macron's far-right challenger Marine Le Pen won 41.8 per cent of the vote in an election that saw the country's highest abstention rate in 50 years, France 24 reported citing an estimate from the Ipsos polling institute. Macron is on his way to the Eiffel Tower, where he will give his victory speech on the Champ de Mars, according to France 24.

Congratulation wishes poured in from around the world after Macron won the French presidential election.

The British Prime Minister Boris Johnson tweeted his congratulations to Macron in English and French.

"Congratulations to @EmmanuelMacron on your re-election as President of France. France is one of our closest and most important allies. I look forward to continuing to work together on the issues which matter most to our two countries and to the world," Johnson tweeted.

"The victory of Emmanuel Macron in the French presidential election is great news for all of Europe," Italian Prime Minister Mario Draghi has said in a statement, according to France 24.

Macron was born in December 1977 in Amiens. He studied philosophy, and later attended the Ecole Nationale d'Administration (ENA) where he graduated in 2004.

He then joined the Inspectorate General of Finance where he worked for four years before entering the banking sector.

In 2012, he became Deputy General Secretary of the Presidency of the Republic. He left office in July 2014 and served as the Minister for Economy, Industry and Digital Affairs from August 2014 to August 2016.