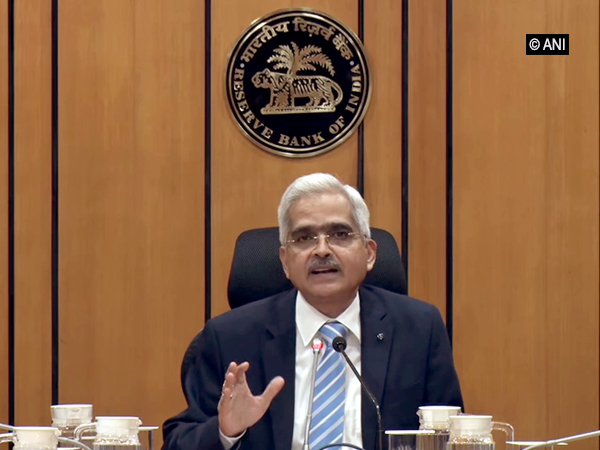 Mumbai: Challenges posed due to persistently high inflation dominated the Reserve Bank of India's Monetary Policy Committee meeting held during April 6-8, as per the minutes of the meeting released by the RBI on Friday.

The Monetary Policy Committee chaired by RBI Governor Shaktikanta Das reviewed the surveys conducted by the Reserve Bank to gauge consumer confidence, households' inflation expectations, corporate sector performance, credit conditions, the outlook for the industrial, services and infrastructure sectors, and the projections of professional forecasters, the minutes of the meeting showed. The MPC also reviewed in detail staff's macroeconomic projections, and alternative scenarios around various risks to the outlook, it said.

On the basis of an assessment of the current and evolving macroeconomic situation, the Monetary Policy Committee (MPC) at its meeting held on April 8, 2022, decided to keep the policy repo rate under the liquidity adjustment facility (LAF) unchanged at 4.0 per cent.

The marginal standing facility (MSF) rate and the Bank Rate were also kept unchanged at 4.25 per cent.

The MPC also decided to remain accommodative while focusing on withdrawal of accommodation to ensure that inflation remains within the target going forward, while supporting growth.

The committee noted the recent spike in inflation. The headline CPI inflation edged up to 6.0 per cent in January 2022 and 6.1 per cent in February, breaching the upper tolerance threshold.

Pick-up in food inflation contributed the most to headline inflation, with inflation of cereals, vegetables, spices and protein-based food items like eggs, meat and fish being the key drivers.

Fuel inflation moderated on continuing deflation in electricity and steady LPG prices. Core inflation, i.e., CPI inflation excluding food and fuel remained elevated, though there was some moderation from 6.0 per cent in January to 5.8 per cent in February primarily due to the easing of inflation in transport and communication; pan, tobacco and intoxicants; recreation and amusement; and health, the committee noted.