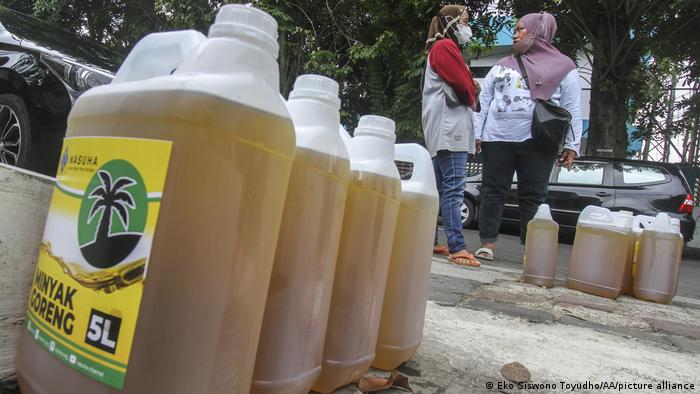 Indonesia announced on Friday a ban on palm oil exports in a bid to stymie the soaring domestic price of cooking oil.

Palm oil is the most produced, consumed and traded edible oil in the world.

The price of cooking oil has risen substantially as a result of Russia's invasion of Ukraine. Both Ukraine and Russia are major exporters of sunflower oil.

"I will continue to monitor and evaluate the implementation of this policy so that the availability of cooking oil in the country is abundant and at an affordable price," Indonesian President Joko Widodo said in a statement.

The announcement followed a rally in Jakarta, where hundreds protested soaring oil and food prices.

Indonesian Finance Minister Sri Mulyani Indrawati told Reuters that Jakarta understood that the ban would hurt other countries, but stressed that it was necessary to bring down the domestic price of cooking oil as demand exceeds supplies.

Indrawati said that the government made what amounted to one of the "harshest moves" possible after previous measures failed to stabilize prices.