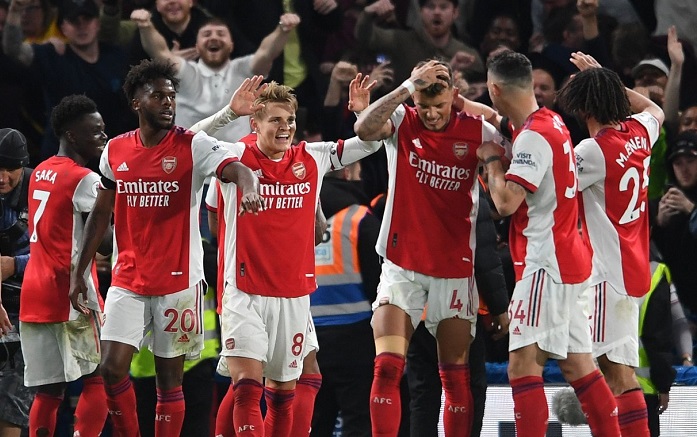 London : Double strikes by Eddie Nketiah and one goal each by Emile Smith Rowe and Bukayo Saka, helped Arsenal in registering a thumping win over Chelsea in their Premier League match on Thursday.

The match started with the visitors taking a lead by 1-0 in the 13th minute as Nketiah scored for them. It was followed by Timo Werner's goal in the 17th minute to bring Chelsea at par with Arsenal. Smith Rowe then scored for Arsenal in the 27th minute but the scores got equalized after Cesar Azpilicueta hit another goal for Chelsea in the 32nd minute.

It was after the half-time when Nketiah struck back again and scored his second goal of the night in the 52nd minute. Later, Bukayo Saka put the final nail in the coffin and scored a last-minute goal and handed over the victory to Arsenal by 4-2.

Chelsea is currently in the third spot on the points table with a total of 62 points while Arsenal stands in the fifth place with 57 points.