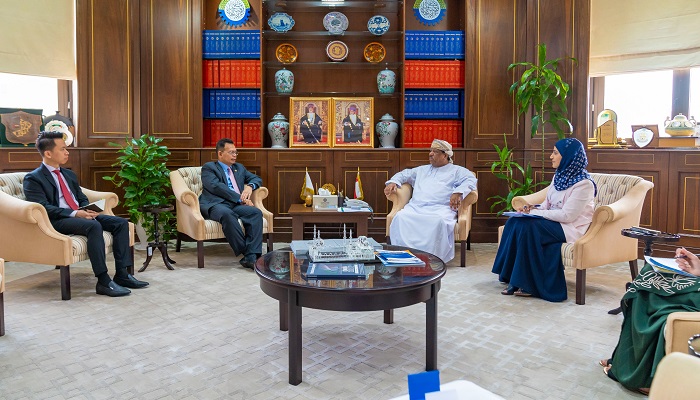 Muscat: The Chairman of Oman Chamber of Commerce and Industry (OCCI) has met the Malaysian Ambassador to discuss aspects of joint cooperation between the two countries in various economic sectors.

"His Excellency Eng Ridha bin Juma Al Saleh, Chairman of Oman Chamber of Commerce and Industry, held a meeting at his office with His Excellency Shaiful Anwar Mohammed, Malaysian Ambassador to the Sultanate of Oman to discuss aspects of joint cooperation between the two countries in various economic sectors and ways to enhance trade exchange, " OCCI said in a statement.

During the meeting, the Chairman of the Chamber reviewed the economic sectors targeted by the Sultanate in its future plan, Oman Vision 2040, which aims to diversify sources of income, pointing out also to the incentives and facilities provided by the Sultanate to foreign investors.

Al Saleh also stated that there are effective commercial partnerships between the two countries in the Sultanate in various economic sectors. He also spoke about the existence of opportunities in the Malaysian education sector and its attraction for Omani students.

Ambassador Shaiful Anwar Mohammed mentioned the existence of pioneering Malaysian projects in the Sultanate of Oman in the oil and gas sectors and the possibility of benefiting from the Sohar port in order to directly export Malaysian products.