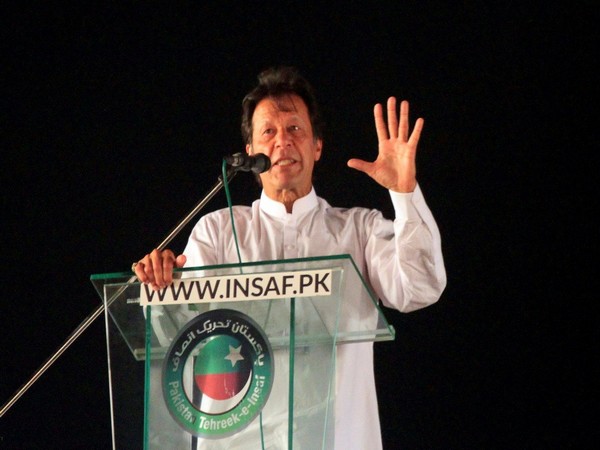 This recommendation was made by Lahore Additional Deputy Commissioner Atiyab Sultan on Wednesday in a notification addressed to PTI leaders which requests them to take timely action to "avoid any untoward incident". After the fall of his government, Imran Khan started a countrywide protest campaign. In two successive rallies in Peshawar and Karachi this month, a large number of people came out in support of Khan.

His next rally, which he is slated to address in person, is scheduled to take place today at the Minar-i-Pakistan in Lahore.

"In light of severe threat alerts received from security agencies and as per latest intelligence assessment made at the district and provincial levels, it is recommended that ex-prime minister Imran Khan should address the public gathering virtually by video conference and LED display instead of making a physical appearance at Greater Iqbal Park, Lahore on 21-04-2022," Lahore Additional Deputy Commissioner Atiyab Sultan said in a notification.

PTI Additional Secretary Information Hassan Khawar responded to the letter, saying that they would not be discouraged by such tactics of the government.

"The government should not be worried by the PTI's campaign," Khawar was quoted as saying by Dawn.

Khawar said that Imran Khan would participate in the Lahore rally and the party would continue its campaign to connect with the people.
Meanwhile, Imran Khan has called upon the masses to come to Minar-e-Pakistan to attend the PTI's protest rally.

Taking to social media, the ousted Prime Minister recorded a video message before the Minar-e-Pakistan rally saying, "I invite all Pakistanis to join this struggle. On Thursday, I'm going to hold the largest rally in the history of Pakistan at Minar-e-Pakistan."

He added that Minar-e-Pakistan was the place where the Pakistan Resolution was passed in 1940, and the Muslims of India decided to live in an independent country called Pakistan.

He urged the citizens to join their struggle for the real freedom of the country from Minar-e-Pakistan.