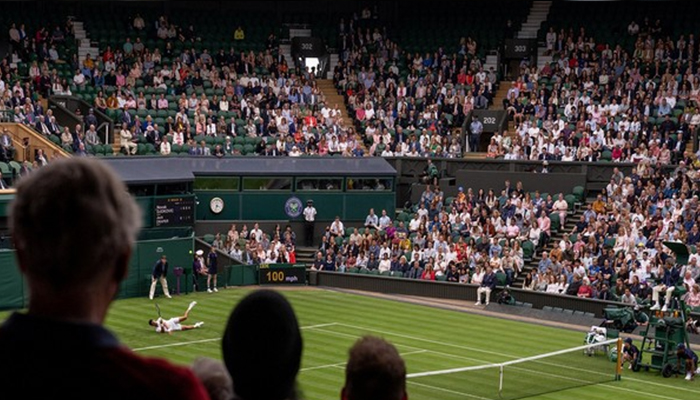 Ban on Russian and Belarusian players at this year's Grand Slam following Russia's invasion of Ukraine.

London : Wimbledon on Wednesday announced the ban on Russian and Belarusian players at this year's Grand Slam following Russia's invasion of Ukraine.

A ban on Russian players means world number two Daniil Medvedev and world no. 8 Andrey Rublev will not compete in the men's draw. Anastasia Pavlyuchenkova who is 15th in the women's rankings will also suffer after this decision.

"Given the profile of The Championships in the United Kingdom and around the world, it is our responsibility to play our part in the widespread efforts of Government, industry, sporting and creative institutions to limit Russia's global influence through the strongest means possible," the All England Lawn Tennis Club (AELTC) said in a statement.

"In the circumstances of such unjustified and unprecedented military aggression, it would be unacceptable for the Russian regime to derive any benefits from the involvement of Russian or Belarusian players with The Championships."

"It is therefore our intention, with deep regret, to decline entries from Russian and Belarusian players to The Championships 2022," it added.
Ian Hewitt, Chairman of the All England Club, commented: "We recognise that this is hard on the individuals affected, and it is with sadness that they will suffer for the actions of the leaders of the Russian regime."

"We have very carefully considered the alternative measures that might be taken within the UK Government guidance but, given the high profile environment of The Championships, the importance of not allowing sport to be used to promote the Russian regime and our broader concerns for public and player (including family) safety, we do not believe it is viable to proceed on any other basis at The Championships."

If circumstances change materially between now and June, organisers will consider and respond accordingly.
Later, ATP termed the decision by AELTC as unfair and added that it has the potential to set a damaging precedent for the game.

"Our sport is proud to operate on the fundamental principles of merit and fairness, where players compete as individuals to earn their place in tournaments based on the ATP Rankings. We believe that today's unilateral decision by Wimbledon and the LTA to exclude players from Russia and Belarus from this year's British grass-court swing is unfair and has the potential to set a damaging precedent for the game," ATP in a statement said.

"Discrimination based on nationality also constitutes a violation of our agreement with Wimbledon that states that player entry is based solely on ATP Rankings. Any course of action in response to this decision will now be assessed in consultation with our Board and Member councils," ATP added.