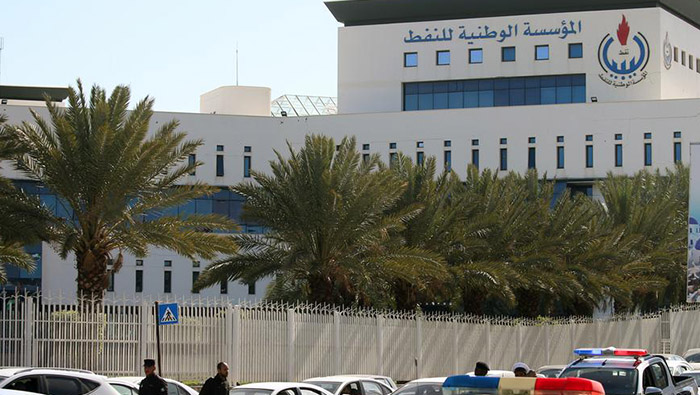 Tripoli: Libya's National Oil Corporation (NOC) announced Sunday it was forced to shut down an oil field amid a political impasse that threatened to drag the North African nation back into armed conflict.

The state-run corporation said a group of people entered the al-Feel oil field in the south of Libya on Saturday, in order to halt production. The NOC did not say who the people were or whether they were armed.

"On Saturday the al-Feel field was subjected to arbitrary closure attempts, due to the entry of a group of individuals and the prevention of the field's workers from continuing production," the NOC said in a post on Facebook.

The corporation added that the field was shut down on Sunday marking the second closure in a matter of weeks, "making it impossible for the NOC to implement its contractual obligations".

The NOC said it "is obliged to declare a state of force majeure," or uncontrollable circumstances, and would no longer be able to provide crude oil to the Mellitah complex on the northwestern coast.

On the same day, two oil engineers told the Reuters news agency that protesters got into Zueitina oil port in the north of the country, and prevented a tanker from being loaded. The group said they were Zueitina residents and asked for the resignation of Tripoli-based Prime Minister Abdulhamid al-Dbeibah and the NOC's chief Mustafa Sanalla.

The NOC urged rival parties to keep conflicts out of the oil sector to save its already dilapidated infrastructure.

It was not immediately apparent how the shutdowns would affect oil production. Previously, Libya's oil production was at around 1.2 million barrels a day.

The closures come as companies around the world fears a disruption of global oil trade due to sanctions against Russia.

Libya has been wrecked by conflict since a NATO-backed uprising toppled and killed longtime dictator Moammar Gadhafi in 2011.

Libya has for years been split between rival factions that have plagued UN-backed efforts to resolve the country's crisis, with administrations in the east and west at loggerheads, each supported by different militias and foreign governments.