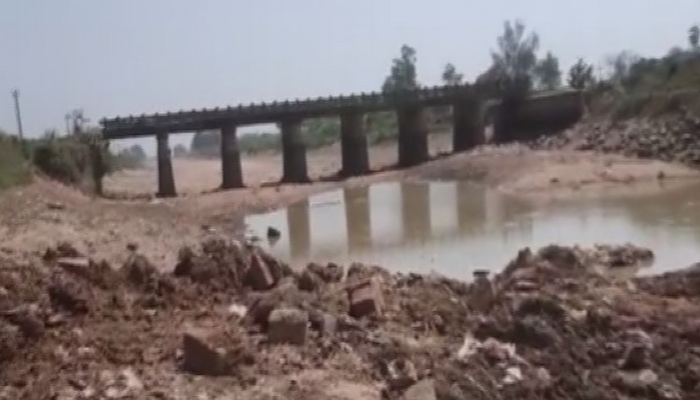 A view of the site from where the bridge was stolen. Photo: ANI

According to the police, the thieves arrived with JCBs, pickup vans, gas cutters, and vehicles, and in 3 days cut off the entire bridge and disappeared. On the pretext of being departmental officers, they even took the help of the local departmental personnel and took it off in the broad daylight, said the police.

"Villagers informed that some people, posing as the officials of the Irrigation Department, came to the dilapidated and abandoned canal bridge and uprooted it entirely with the help of JCB machines and gas cutters," Arshad Kamal Shamshi, Junior Engineer (JE), Irrigation Department.

Once the 60-feet long and 12-feet high bridge was stolen, its sudden disappearance shocked everyone.

"After realizing that they have been trapped, the departmental officers took to the Nasriganj police station and they have lodged a case against them," said Shamshi.

"Since such construction and repair tasks happen at a slow pace, the department would have generated a notice to inform us prior," quoting JE Yogendra, Shamsi added further.

The iron bridge was built over the Ara canal in Amiyavar in around 1972.