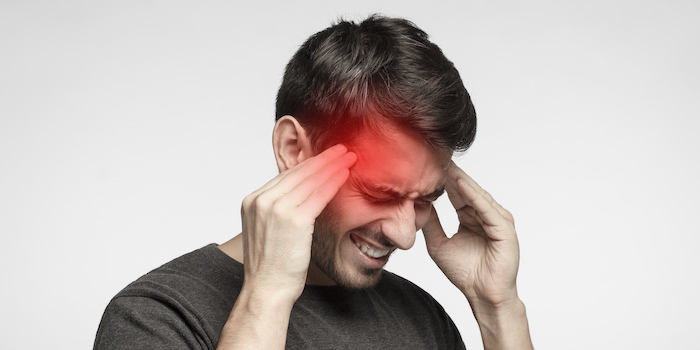 Oslo: For some, a headache means you may need to pop an aspirin. But many among us are affected by more persistent and serious head pain; a new study has now estimated the extent of this disorder worldwide, and the data are staggering.

A team led by epidemiologists from the Norwegian University of Science and Technology summarized epidemiological headache studies from 1961 to the end of 2020; the data included general headaches, migraines, and tension-type headaches, revealing that 52 percent of us suffer from some form of headache disorder each year.

The 357 publications reviewed mostly came from high-income countries. The team included studies that sampled participants not just from clinical studies, but from a broad range of settings including company employees, university students, and hospital staff.

Taken together, the authors estimate that global prevalence for migraines is 14 percent, and 26 percent for tension-type headaches.

"Each day, 15.8 percent of the world's population had headache," the authors grimly pointed out.

Researchers also found that all types of headaches were more common in females than in males, with migraines showing the largest difference (17 percent in females and 8.6 percent in males). Women were also more likely to report their headaches as an ongoing health issue, with 6 percent of females reporting they had a headache on 15 or more days per month, compared to 2.9 percent in males.

Many of the studies analyzed made their own estimates of global headache prevalence, but these tended to vary widely.

Modeling showed that 6 percent of the variation in migraine estimates could be explained by the different years the studies were published, with prevalence estimates increasing with more recent publications. However, there was no relationship between the publication date and other headache types.

While it appears that migraine is increasing, the team notes that's not the only possible explanation.

"The apparent increase in migraine prevalence over time may be real, perhaps related to environmental, physical, behavioral or psychological changes, but more probably it has to do with methodological developments over the years, leading to better techniques of access and engagement and improved diagnostic instruments," said the authors.

When the authors took into account methodological factors such as screening questions, sample size, publication year, and how diagnostic criteria were applied, they could explain 29.9 percent of the variation in migraine estimates, and less for other headache categories.

While there remains some uncertainty as to the exact figures of headache prevalence globally, the review, along with other research, consistently demonstrates that headache conditions create a huge burden worldwide.

The 2019 iteration of the Global Burden of Disease study found that migraine alone was the second highest cause of disability, and first among women under 50 years of age, highlighting headache disorders as a major public health concern globally.

"We found that the prevalence of headache disorders remains high worldwide and the burden of different types may impact many. We should endeavor to reduce this burden through prevention and better treatment," said neurologist Lars Jacob Stovner, from the Norwegian University of Science and Technology.

"To measure the effect of such efforts, we must be able to monitor prevalence and burden in societies. Our study helps us understand how to improve our methods", the ScienceAlert news reported.