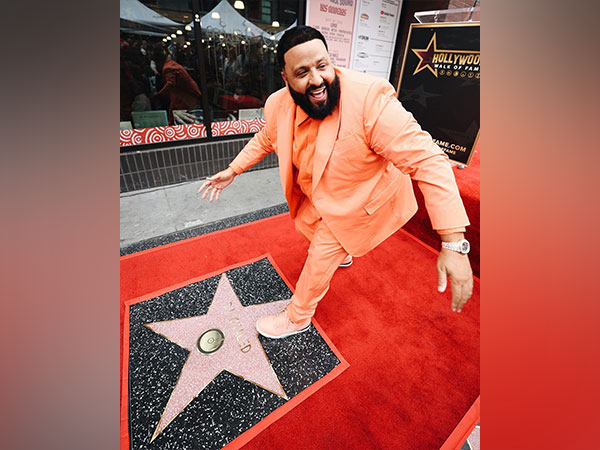 The ceremony was conducted on Monday and was attended by several of Khaled's key collaborators and supporters, including the moguls Shawn "Jay-Z" Carter and Sean "Diddy" Combs; artists Fat Joe, and Teyana Taylor, Variety reported.

He was also surrounded by his family members - wife Nicole Tuck and their two children, Asahd and Aalam.

During his emotional acceptance speech, Khaled gave himself a shoutout.

Khaled is best known for lighting up songs with his eclectic catchphrases that include "major key" and "we the best music. He has worked with top celebrities like Beyonce and Justin Bieber.

His most recent album, 'Khaled Khaled' was released in April 2021.

Khaled's song 'Higher' featuring Nipsey Hussle and John Legend won a Grammy in 2020 for best rap/sung performance. He was even nominated for album of the year at the 64th Grammy Awards, as a producer on H.E.R.'s 'Back of My Mind.'