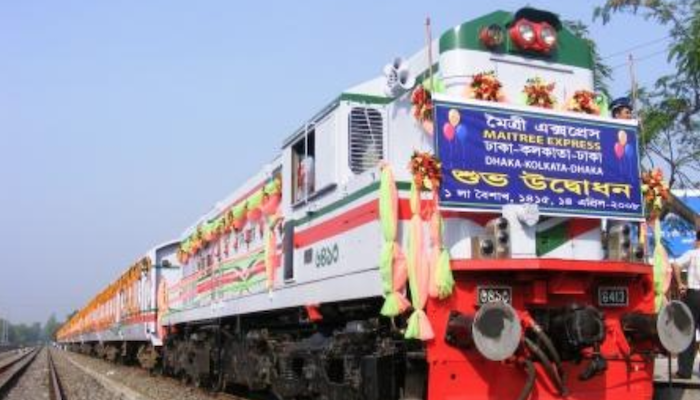 New Delhi [India]: The Indian Ministry of Home Affairs has given nod to resume the India-Bangladesh train service after a series of meetings on Monday.

A senior MHA official confirmed that last week, a meeting was held with other stakeholders like the Ministry of External Affairs, Indian Railways, Bureau of Immigration and security heads to resume the India-Bangladesh train service. Issues related to security, health infrastructure and Railways preparations were discussed. The transit points- Chitpur, Gede and Haridaspur- have got the requisite clearance from MHA and after several other preparations, the route will be officially opened to the public.

A senior official said that there were long-pending demands for the reopening of train travel between India and Bangladesh that were suspended due to COVID-19.

"Bangladesh wanted to get to rail operations resumed on its Independence Day, but it got delayed due to preparations. But now, it will be open within a week as MHA has cleared the file," he said.

Bureau of Immigration, Indian Railways, health department and security agencies have been ordered to start preparations and the moment arrangements are in place, the train operations will resume.