Shared heritage leads to stronger ties between Oman and Switzerland 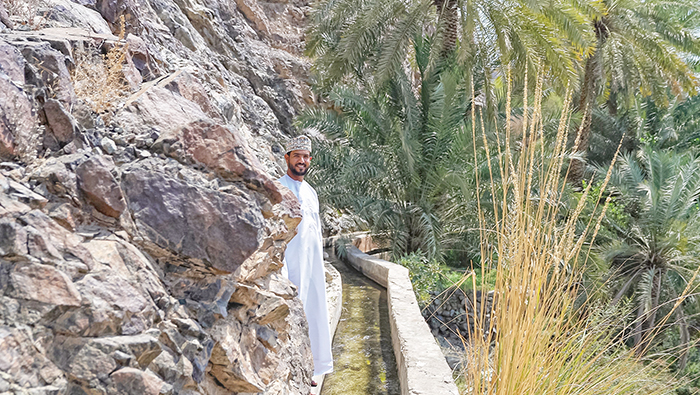 Muscat: Oman and Switzerland are not only friends, but share some similar elements of heritage as well.

That’s according to the Embassy of Switzerland in Muscat which, on the occasion of World Water Day 2022, produced a short video on the similarities in traditional irrigation in the two countries.

The video follows a presentation made by the embassy in December 2020 on mountain farmers in both the countries which talked about strikingly similar experiences.

“Even though Switzerland is famous as a country rich in water resources, there are some very dry regions, where agriculture would be difficult without an irrigation system,” said the embassy.

“Therefore, in the mountainous region of the Valais, farmers used a system called the ‘Bisse’, which is very similar to the Omani ‘Aflaj’.
While most of the Bisses have disappeared, some farmers still use them.

While five Aflaj in Oman are registered as UNESCO World Heritage (Al Katmeen, Al Malki, Daris, Al Jeela and Al Muyasser), Switzerland’s Bisses have their own Museum in the canton of Valais: Le Musée des Bisses.

“In both countries, water is gathered high up in the mountains and transported through a system of canals to the fields,” added the embassy. “The Omani Aflaj and the Bisses of Switzerland are both centuries-old systems that allow farmers to grow crops in places that would otherwise be too dry for agriculture.'

“Until today, this technique allows water to be transported over long distances without any use of fuels or electricity, which otherwise would have necessitated the use of deep wells or water pumps,” said the embassy. “This helps preserve the ground water reserves and makes agriculture more sustainable. Additionally, the systems are an integral part of the community as they are owned and cared for by the farmers of the villages themselves.”

“So, next time when you are in the mountains of Oman or Switzerland, follow one of the Aflaj or Bisses on a hike to explore their long tradition.”