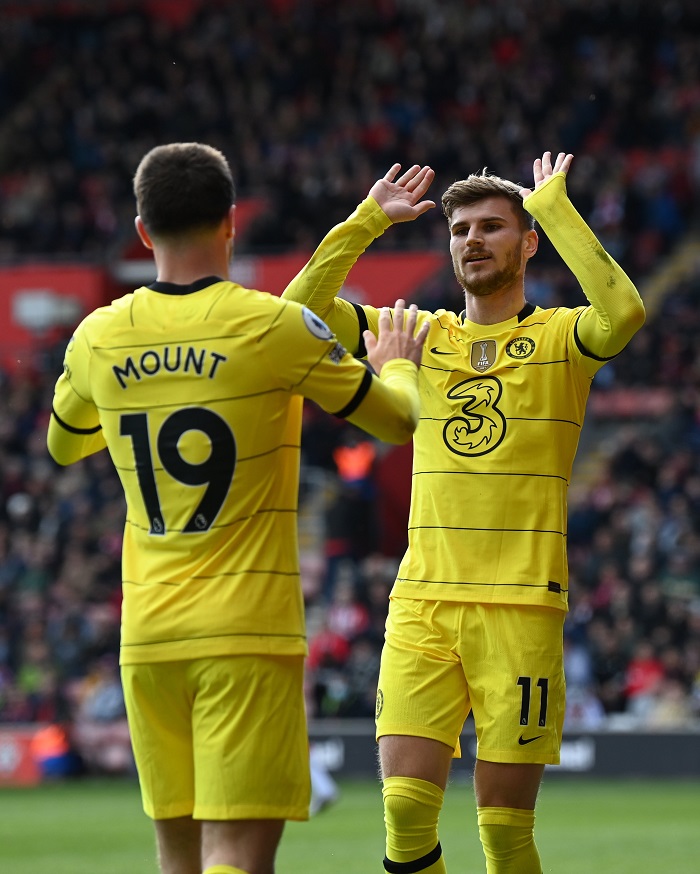 London: Mason Mount and Timo Werner scored twice each as Chelsea earned an emphatic 6-0 victory against Southampton at St Mary's Stadium on Saturday.

Chelsea went in front on eight minutes when Marcos Alonso rifled the first-time effort through the legs of goalkeeper Fraser Forster. Chelsea then scored two goals in quick succession, first through Mount who fired in superbly from the edge of the penalty area on 16 minutes before Werner rounded Forster and finished five minutes later. Kai Havertz added a fourth just after the half-hour when he slotted in the rebound after Werner's shot hit the post. Mount was denied superbly by Forster just before the break.

The Blues continued where they left off four minutes after half-time, when Werner found the net after N'Golo Kante's effort was saved. Southampton's Che Adams was then superbly denied by Edouard Mendy before Mount scored his second from close range on 54 minutes.

Dejan Kulusevski was the other scorer for the visitors. Spurs' fourth win in a row moves them on to 57 points, three clear of Arsenal following the Gunners' 2-1 defeat to Brighton & Hove Albion on Saturday.