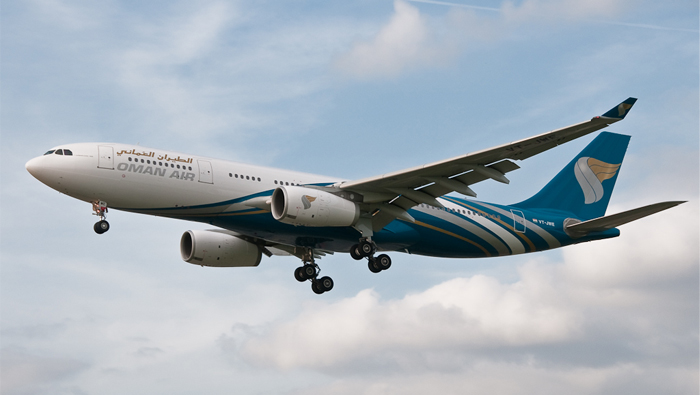 Muscat: Oman Air’s decision to cancel its flights to Sohar “came like a thunderbolt” to the people of the North and South Al Batinah governorates, for its negative impact on commercial tourist industries, Mohammed Al Zadjali, a Shura member, said on Sunday.
The national airliner’s controversial decision has come under fire during the Majlis Al Shura 19th regular meeting.
Oman Air said last week that there is no economic feasibility for its operation at Sohar Airport.
However, Al Zadjali said that their justification “is puzzling”.
“We have the right to question economic and tourism studies in light of the economic circumstances,” he says “millions of riyals were pumped into projects and then we are surprised by their failure”
“When the series of failures of planning and draining economic resources will end?” Al Zedjali, Chairman of the Legal Committee, questioned.
He suggested the government to find solutions with Oman Air, and to find alternative companies which can operate the airport. Seats not exceeded 5 per cent, says Oman Air
Meanwhile, Oman Air said its decision to suspend the operations to Sohar was “logical and inevitable, in light of the highest utilization of seats not exceeding 5 per cent,”
An official at the company told the Times of Oman that from a commercial perspective, it was stated previously this will be temporary suspension and will go through reconsideration once capacity improves.
“Oman Air’s stance on the issue is clear and no doubt should be raised on the decision to suspend this operation. It came as a result of the low utilisation in spite of various special offers and promotion packages.” .
“We tried for 20 months to be exact but only carried 168 pax; ie an average of 1 passenger per flight on the 155 flights operated,” he concluded.