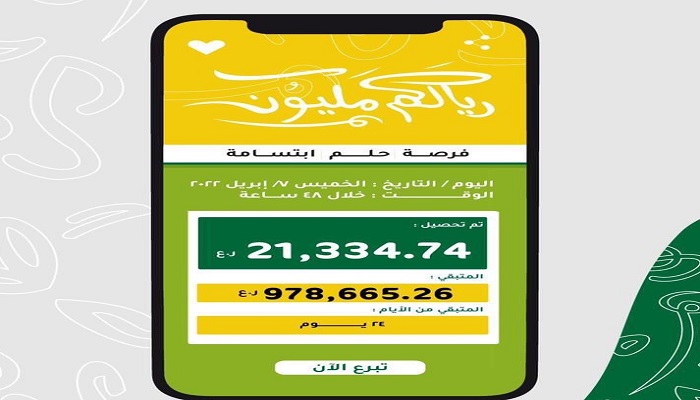 Muscat: Al-Rahma Association has organised one million Riyals campaign, which aims to collect donations amounting to OMR 1 million during the holy month of Ramadan, to build Al Rahma Charitable Endowment Centre in the Wilayat of Seeb.

The centre is one of the plans of the Lady of Giving, Rahima Al-Musafer, who passed away last February. This is the largest sustainable project in the charitable activities of the association.

The “Your Riyal One Million” campaign is a charitable community challenge that aims to collect donations of up to one million Omani riyals by donating only one riyal as a minimum, with the aim of collecting donations for charity account of the Al-Rahma team to contribute to the construction of the Al-Rahma Charitable Centre project, as the proceeds of this project will contribute In financing various programmes and assistance provided by the association to the groups sponsored by it, which reach more than 1,700 families.

So far, the campaign has collected OMR 21,334, and the remaining amount is OMR 978,665. People can donate to the initiative through the online donation portal donate.om or through the association's bank account.