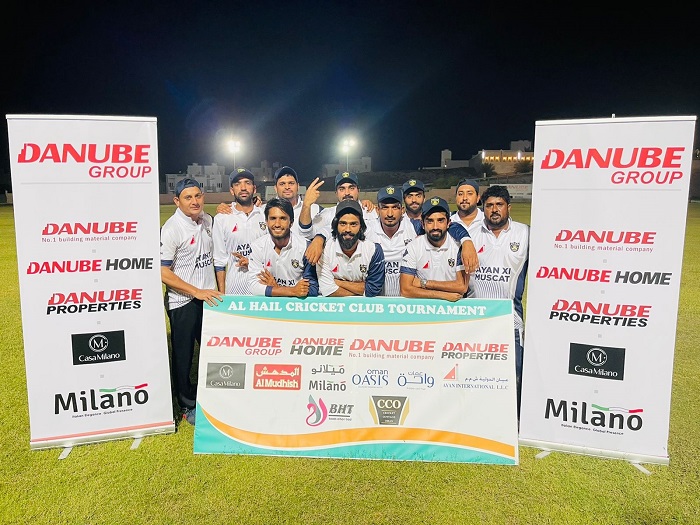 Muscat: In a match played during the weekend, MECC won the toss and elected to filed against the Lankan Lions.

They scored 54 in 8 overs with the loss of seven wickets.

In reply, MECC reached the target in 7.4 overs and won the match by 8 wickets. Abdul Razak was declared Man of Match.

In the second match played between Night Kings Xl & Desert Falcon, Desert Falcon won the toss and elected to field.

The Night Kings Xl scored 50 runs with the loss of 5 wickets in 8 overs in which Mubeen scored 22 runs in 10 balls with a strike rate of 220.

Sheik Irfan from Danube presided over as the chief guest and gave man of the match awards to the players who performed well during matches.