Imran praises Indians for being self-respecting, says 'no superpower can dictate terms to India' 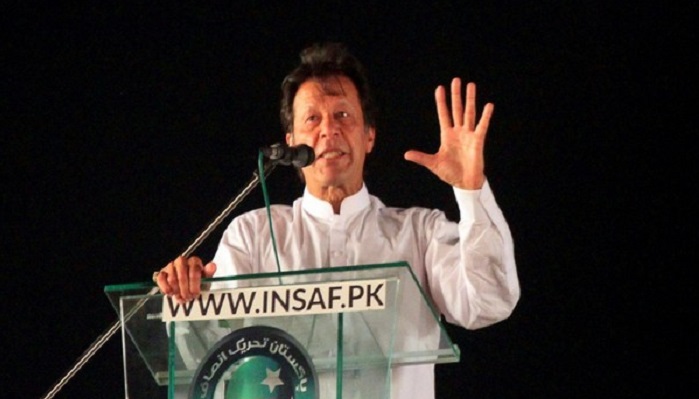 Islamabad: Pakistani Prime Minister Imran Khan on Friday said that Indians are 'khuddar quam' (very self respecting people) and no superpower can dictate terms to India.

Addressing the nation a day before the no-confidence vote in the National Assembly, Imran Khan said while he respected the Supreme Court, he was "disappointed" by its verdict. Imran Khan's government suffered a setback on Thursday as Pakistan Supreme Court set aside the ruling of the Deputy Speaker Qasim Suri in which he had rejected the no-confidence motion brought by the opposition.

Pakistan Prime Minister Imran Khan on Friday said he is disappointed with the Supreme Court's decision on the restoration of the National Assembly as the "foreign conspiracy" charge should at least have been probed.

The court set aside the dissolution of the Pakistan National Assembly and all the subsequent decisions taken. It gave directions for holding a sitting of the National Assembly "not later than 10:30 am on April 9" for the no-trust vote.

Reinstating the National Assembly, the court also declared that the Prime Minister and federal ministers, ministers of state, advisers, etc, stand restored to their respective offices as on April 3.

The top court further ruled that the National Assembly session must not be adjourned until a vote on the motion.