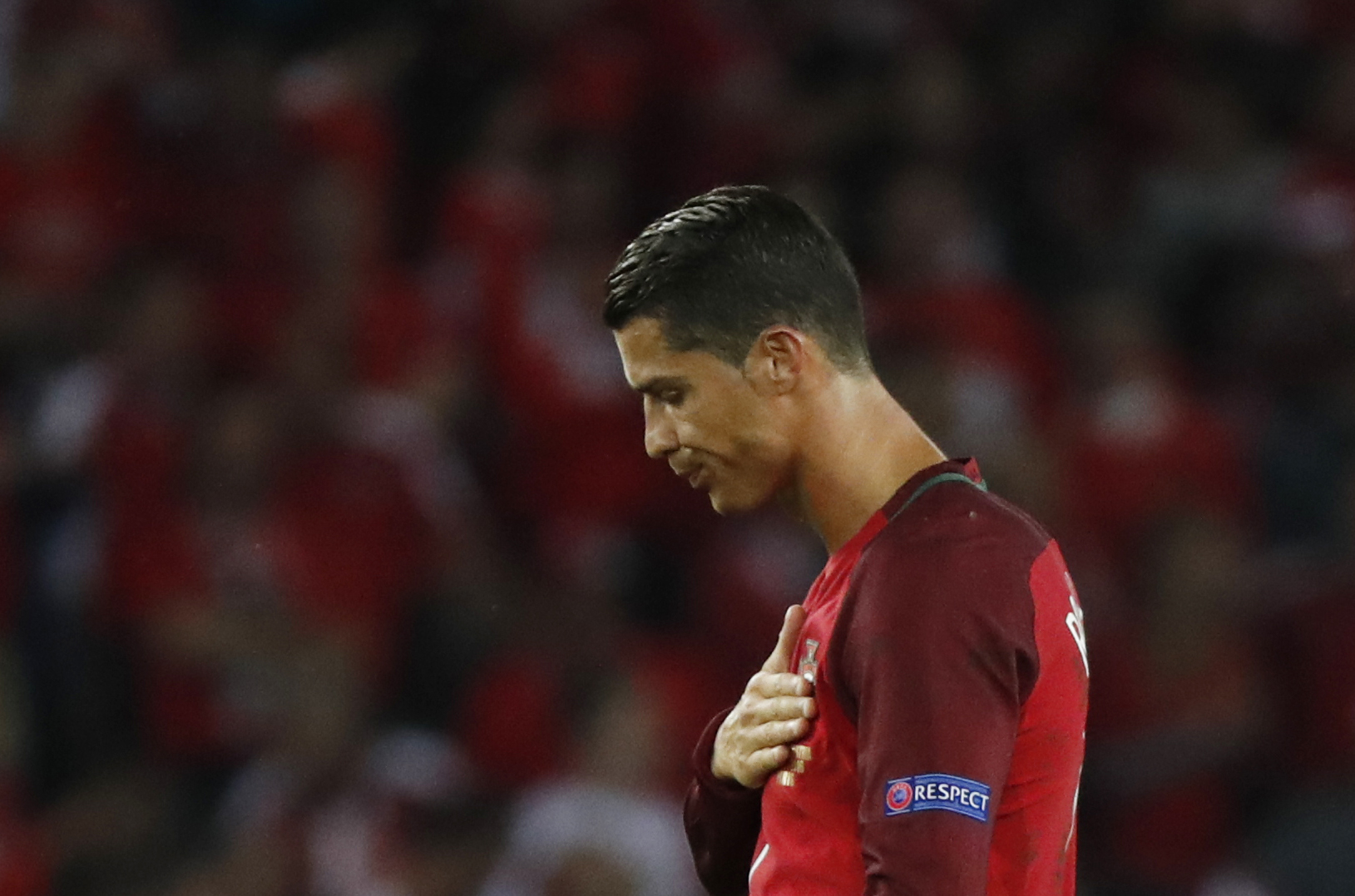 Paris: Cristiano Ronaldo missed a second-half penalty and had a late headed effort disallowed as Portugal's future at Euro 2016 looked in jeopardy following a 0-0 draw against Austria in a wide open Group F on Saturday.
Ronaldo won his 128th cap to break the record of Luis Figo, who was watching from the stands, but fired his 79th minute spot kick against the post, having already missed several chances in an entertaining game at the Parc des Princes.
The forward thought he had made amends in the 85th minute by grabbing the winner with a header it was ruled out for offside.
Hailed as potentially tough opponents after an impressive qualifying campaign, Austria, ranked 10th in the world, again failed to live up to expectations after a 2-0 defeat by Hungary in their opener.
Hungary top the group with four points after earlier snatching a 1-1 draw against Iceland, who are level with Portugal on two points and ahead of Austria on one.
Portugal, who were knocked out in the first round at the 2014 World Cup, face a tense final match against Hungary while Austria will play Iceland.
Austria had the first clear chance when Martin Harnik headed wide from Marcel Sabitzer's perfect cross from the right.
Three chances
Portugal, held 1-1 by Iceland in their opener, had three opportunities in the space of three minutes but Nani, Vieirinha and William Carvalho were denied by alert keeper Robert Almer.
'Messi, Messi," sang the Austria fans after Ronaldo missed the target as he latched on to Nani's cross into the area in the 22nd minute.
Portugal came closer seven minutes later when Nani's header hit the woodwork.
Stefan Ilsanker bossed the Austria midfield, breaking up several Portugal attacks and orchestrating play for his team mates as David Alaba appeared to be having an off night.
Ilsanker provided Austria with their first shot on target early in the second half with a powerful low drive that was tipped away by Rui Patricio.
Ronaldo was then denied twice in quick succession, Almer parrying away a shot from 20 metres and a header to keep his team afloat as Portugal stepped up the pressure.
Alaba and Ricardo Quaresma, both supposed to provide a creative spark for their respective teams, were substituted midway through the second half after disappointing displays.
Ronaldo had the perfect chance to snatch the points for Portugal after being fouled by Martin Hinteregger but his penalty struck Almer's right-hand post and six minutes later he was given offside after planting a precise header into the net.