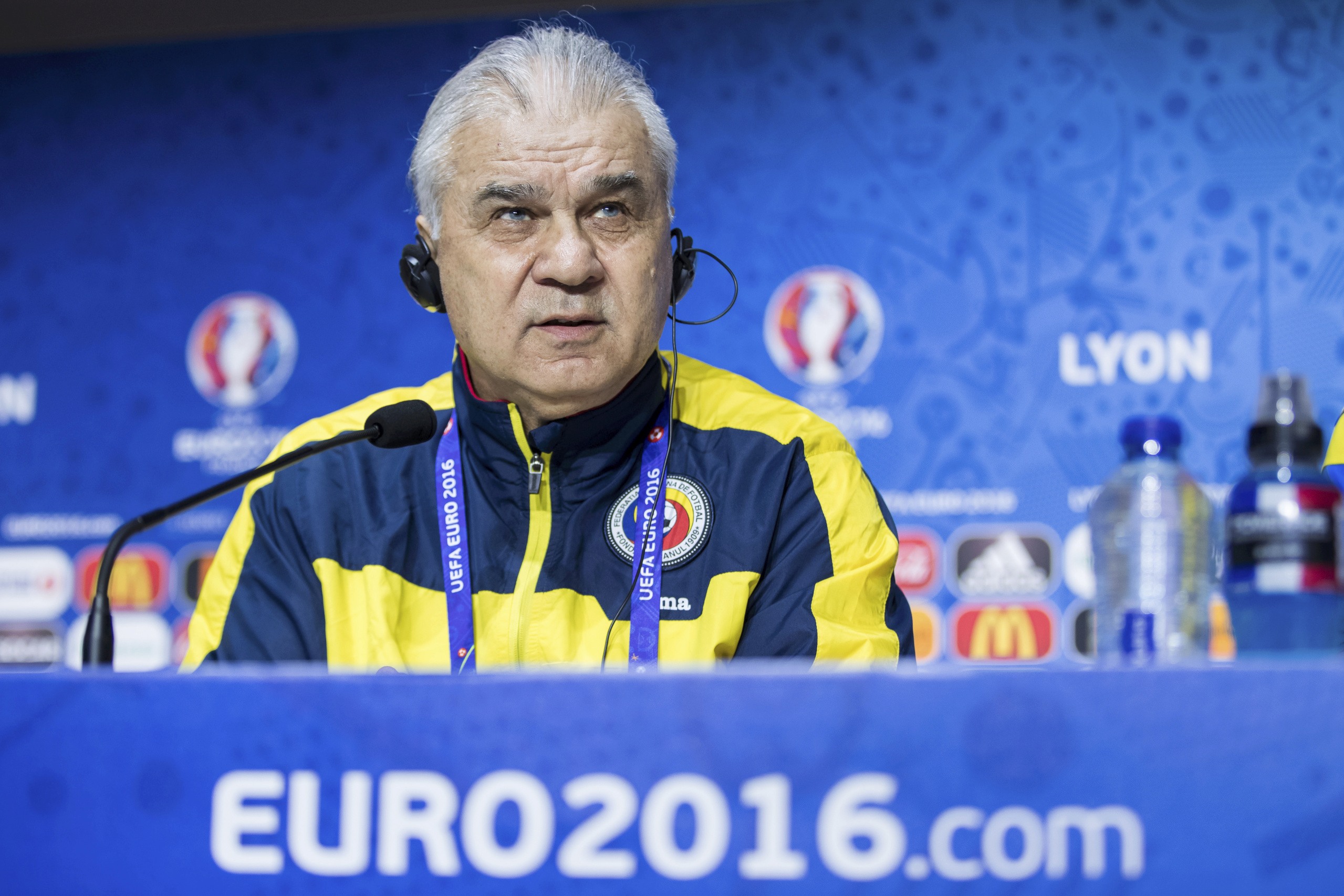 Lyon, France: Romania coach Angel Iordanescu complained on Saturday about a forced change of schedule that meant his players could not train until 8.30 p.m. local time on the eve of their final group match against Albania.
Both teams had to train at an alternative ground to protect the pitch at the Lyon stadium, which has seen heavy rain in the past week including a fierce hailstorm that forced a brief interruption to Thursday's game between Northern Ireland and Ukraine.
Iordanescu, whose team travelled down by train from Paris earlier on Saturday, was surprised at the change of plan and the fact he still had to give his pre-match news conference at the stadium even though the practice session was elsewhere.
"This creates some difficulties for us and it means that we will finish our training session later, and we have to recover, and we have to eat very late the day before the match," he said.
Albania gave their news conference earlier and began their training session at 6.30 local time.
Iordanescu, preparing for his 100th game in sole charge or as assistant coach of Romania, also has to contend with injuries to defenders Razvan Rat and Steliano Filip, and midfielder Mihai Pintilii. He described the situation as "quite delicate" and said final decisions on them would have to wait until match day.
A win for Romania would take them to four points in Group A and should be good enough to get them into the last 16 along with hosts France and Switzerland.
Romania last made the group stage in 2008, and their best performance in the European Championship was reaching the quarter-finals in 2000.
"Our players have to understand this is the chance of a generation," Iordanescu said.
"This is their one life chance to obtain a performance, a result that will please all the supporters, the entire country."