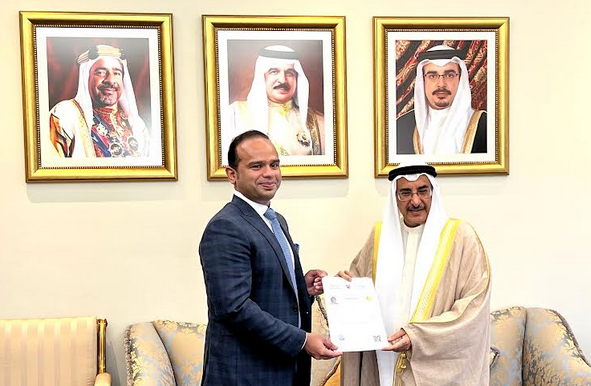 “I am humbled and delighted to receive this honor today. I thank His Majesty King Hamad bin Eisa Al Khalifa, His Royal Highness Salman bin Hamad Al Khalifa, Crown Prince and Prime Minister of Bahrain and the government and people of Bahrain, for bestowing this recognition on me,” Adeeb Ahamed said, after receiving his Golden Visa.
Launched in February this year, the Golden residency visa for non-Bahrainis is part of the country’s economic recovery plan to attract global talent and boost investment to Bahrain.

“The Golden Visa is a benchmark of recognition that will boost Bahrain’s image as a business hub, in traditional and new-age sectors,” Adeeb added.