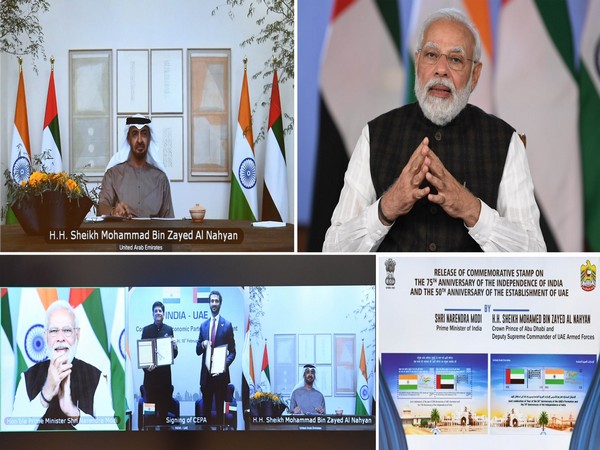 New Delhi: Buoyed by the recent surge in Indian goods exports which touched USD 400 billion this year, India will give further push to economic diplomacy and will market its business more boldly and openly across the globe, a senior functionary of the government told ANI.

India has recently inked crucial trade agreements with United Arab Emirates (UAE) and Australia. Talks with Israel, European Union and Britain are also progressing well, according to a senior official. Recently, Commerce and Industry Minister Piyush Goyal indicated that several agreements will be inked by the end of 2022

Although he did not give any deadline, India-UAE Comprehensive Economic Partnership Agreement (CEPA) was concluded in record 88 days. India is expecting a major boost in two-way trade with Australia and UAE after the pacts.

Last year in August, Prime Minister Narendra Modi addressed the head of missions abroad and urged them to take advantage of the post-Covid business environment and promote Indian businesses.

He also urged Indian envoys to make the world aware of India's capabilities in developing a reliable supply chain and valuable products
Senior officials feel that the COVID-19 pandemic has shown that over-dependence on supply chain on one country or source has its limitations and the world is now looking at India and other developing countries as alternatives.

Therefore, India can expect a major push from the government to promote Indian businesses abroad as various other countries do as a diplomatic practice.