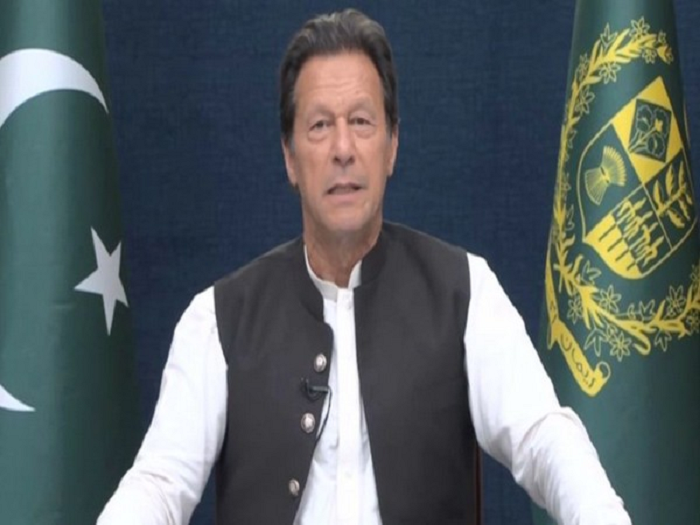 Islamabad: After weeks of political mudslinging, claims of an international conspiracy, Imran Khan is set to face the no-confidence vote on Sunday in Pakistan's National Assembly.

As Pakistan PM readies himself to face the "last ball", it is clear that Imran Khan has seemingly lost support both in the lower house of the legislature and the backing of the all-powerful Pakistan army.

Imran Khan received a massive blow when the PTI "lost the majority" in the National Assembly after losing its key ally in the coalition Muttahida Qaumi Movement Pakistan (MQM-P). The MQM announced on Wednesday that it had struck a deal with the opposition Pakistan People's Party (PPP) and would support the no-trust vote in the 342-member National Assembly.

A day before the decisive no-confidence vote, Imran Khan urged the country's youth to stage "peaceful protests" against a "foreign conspiracy" allegedly hatched against his government.

Pakistan Prime Minister even said that he has "more than one plan" for tomorrow's vote on the no-confidence motion against him. He also urged the youth of Pakistan to agitate and raise their voice against the conspiracy by external forces.

Imran Khan further claimed that the Opposition leaders are seeking power to dispose of the corruption cases against them.

In an editorial on Saturday, Pakistan's Dawn said Imran Khan seems willing to go to any lengths in his determination to convert his looming defeat in Sunday's vote of no-confidence into a moment of political martyrdom.

"As if the shock value of an international conspiracy to oust him was not enough, his close aides and Mr Khan himself have since doubled down with public statements that they fear an attempt on his life," the newspaper said.

Criticising the country's prime minister, the Pakistani daily said one hopes that Imran Khan is not simply trying to create panic among his supporters, many of whom have already issued passionate calls for rallies and demonstrations ahead of the Sunday vote.