Educator in Oman receives award for services to the community 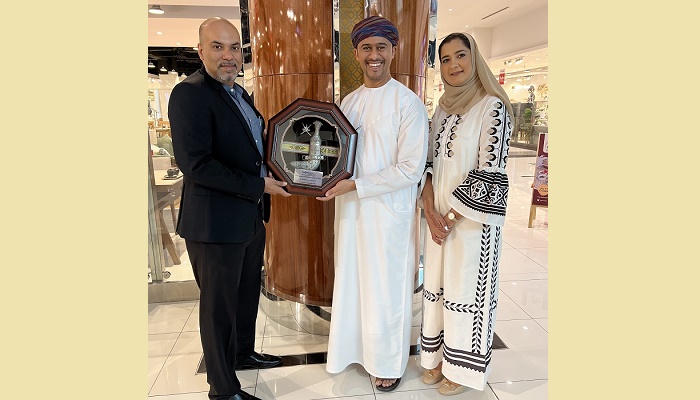 Muscat: Dr Baby Sam Saamuel has been awarded with the community leadership award for his contribution to the development of the Knowledge Oman Initiative. The award, which was presented to him in the presence of founder Tariq Al Barwani and President Balqees Al Hassani, was in recognition of the impact Saamuel’s efforts have had on society.

“We are honoured to recognise and award Dr Saamuel for his excellent contribution to the platform and ultimately the society as a whole,” said Al Barwani. “He has indeed played a significant role in Knowledge Oman’s success since he joined the team 10 years ago as a volunteer member, serving multiple roles, including its vice chairman. Dr Saamuel is an energetic and passionate social entrepreneur who never fails to deliver excellent results.”

Baby Sam Saamuel joined Knowledge Oman in 2012 as a volunteer member where he was engaged with a pool of volunteers to learn about the platform and contribute activities towards the betterment of society.

Following a series of promotions over the years, he was named vice chairman in 2020, and supported the growth and development of the organisation. With more than 22 years of senior management experience across several sectors, he has served as the director and chairman of the Board of Directors, Indian Schools in Oman, in addition to engaging as advisory/ board roles with several higher educational institutions and social impact organisations.

“Knowledge Oman has offered me the opportunity to have ground level understanding of the educational needs of communities and offered me a different perspective about living with purpose. I am fortunate to be part of this society-impacting platform,” said Saamuel.

Established in April 2008, Knowledge Oman has managed to successfully bring together a diverse team of local and expatriate male and female members living under one roof to support the vision of His Majesty of creating a knowledge-based society, attracting 700 volunteers who initiated 74 projects and received 80,000 registrations and has partnered with 35 local and international organisations that impacted over 130,000 people. Knowledge Oman has received four local and international awards for its projects.

Meanwhile, Saamuel was also felicitated by his former company InterTech LLC, one of the country’s largest system integration specialists.

During his farewell, he was the subject of plenty of praise from Chairman Saif Al Maskery and Managing Director Said Al Maskery. “Dr Saamuel has played a significant role in growing our organisation, supporting the company at its most crucial times,” said Said Al Maskery. “His contribution to InterTech has been exemplary. While we are sure to miss him, we wish him the very best for his future endeavours.”