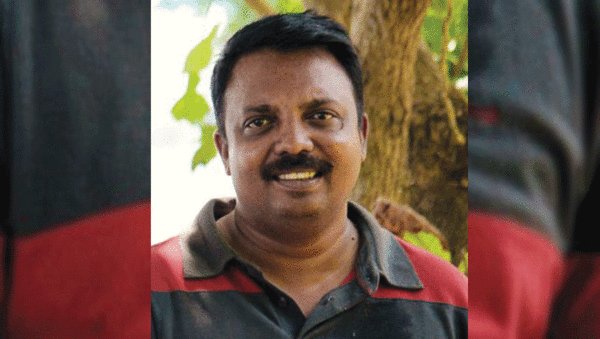 Muscat: “I just want my John’s body back. I want to see him, whatever the condition. Please help us in sending back the body as early as possible,” said Binu John, the wife of the Indian expat who was reportedly murdered.
Read also: Pregnant woman loses unborn baby after stabbing
John Philip, an Indian national and a fuel station staff, had been missing since June 10 and was found dead in Masrooq, near Ibri, by the police last Wednesday.
“John was the sole breadwinner of our family. On June 10, he had called me at around 7:30pm (Indian time). Everything was okay then. On Saturday, I was told that he was missing. We all prayed for his safety. We didn’t think that this tragedy would have happened to him,” Binu told the Times of Oman.
“Why did the almighty do this to us? He was good to everyone. We have not done anything wrong to anyone. Now, we are alone and stranded. Our children are young too,” Binu added.
“We never thought this would happen to us. I have to take up the responsibility. I will too. Who else will take care of my mother and little sister,” John’s son, a 17-year-old pre-university student, said.
John’s younger daughter is studying in Class V.
Jacob Philip, John’s brother, said at the moment, their only request to the government authorities is to repatriate the body as soon as possible.
“We want to conduct final rites for him. Indian embassy officials in Muscat have told us that they will coordinate with the local authorities and send us the body. We are waiting for that,” Philip added.
An Indian embassy official in Muscat said the sponsor will be coming to the embassy to carry out the paperwork to repatriate the body.
“We are coordinating with the sponsor and the local authorities. We are trying our best to repatriate the body as early as possible,” the official added.
On Thursday, the ROP had tweeted that six Omani suspects have been arrested over the alleged kidnapping and murder of John.
“Suspects have been arrested. Investigation is continuing,” the ROP tweeted.
John had been working as an attendant at the filling station in Sunaina near Ibri, around 270 kilometres from Muscat.
On June 11, when John’s colleague came to the station, he found that John was missing, bloodstains were found on the walls inside the office and the CCTV cameras had been damaged.
The police had been searching for John since Saturday morning after his colleague reported him missing. According to John’s company officials, money between OMR4,000 and OMR5,000 was also missing.