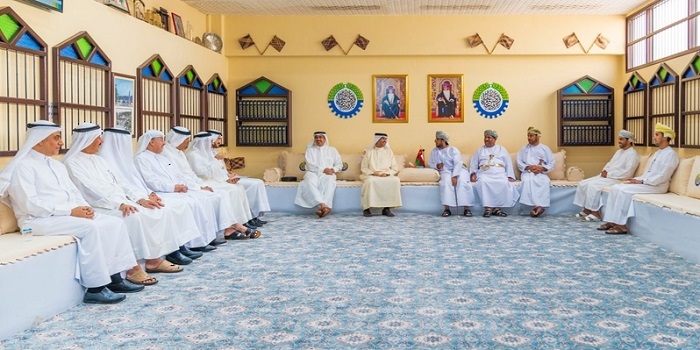 Muscat: The Oman-Bahrain Business Forum, held here on Tuesday, explored investment opportunities and incentives offered for investors, as well as means of enhancing trade exchange and investments between the two countries.

Several presentations were given by officials from Oman Chamber of Commerce and Industry (OCCI) and other government units on the investment milieu in Oman.

Dr. Saleh Said Masn, Commerce and Industry Undersecretary said that Oman has gone a long way in terms of enacting legislations to attract investments. He added that in Oman, there are legal and financial guarantees for the inbound and outbound capital. Oman launched several initiatives to ease investment, Dr. Saleh said.

On his turn, Eng. Ridha Juma Al Saleh, Chairman of OCCI said that the forum is an opportunity to enhance business and investment partnership between the private sector of the two countries. Al Saleh further said that the Oman-Bahrain Investment Holding Company with a capital of RO 10 million is an embodiment of this partnership.

B2B meetings were held on the sidelines of the forum to sign agreements and establish partnerships, as well as expanding cooperation between the two sides.

Foreign direct investment (FDI) from the Kingdom of Bahrain in Oman reached OMR389.8 million during the third quarter of 2021. The volume of trade exchange between the two countries by the end of 2021 hit OMR 323,353,757. -ONA