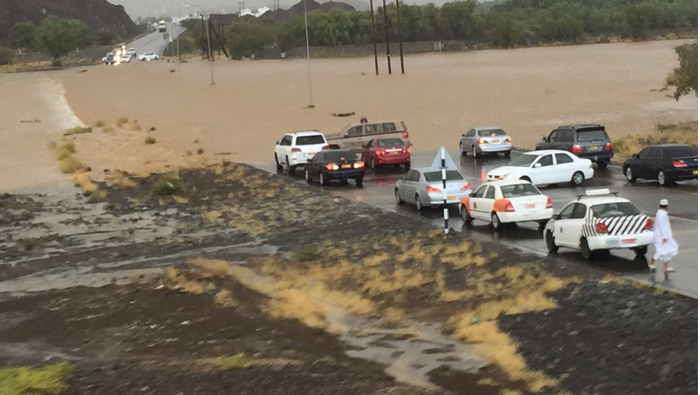 Muscat: Four people trapped in a vehicle in an overflowing wadi in Andam have been rescued, the Public Authority for Civil Defence and Ambulance (PACDA) tweeted on its official twitter handle.“They were rescued by an earth-mover,” the PACDA tweet added.
Rain in Mudhaibi, sandstorm in Manah
While rain fell in Mudhaibi leading to overflowing of wadis and disruption of traffic in the region, Manah and Andam were hit by sandstorms, a weather enthusiast reported.
“It rained in the afternoon and it was windy too. In many places traffic was cut due to overflowing of wadis,” Mussab Al Wahaibi from WeatherOman, a twitter handle which discusses weather patterns in Oman, said.