WHO says Europe is easing COVID-19 restrictions too 'brutally' 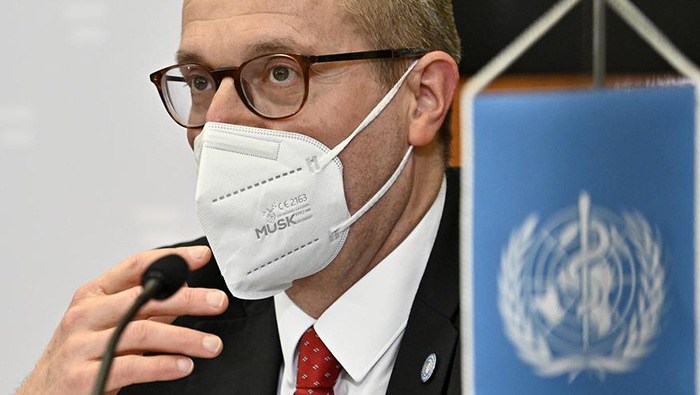 Moldova: Several European countries, including Germany, France, Italy and Britain, have eased their COVID-19 restrictions too "brutally," the World Health Organization (WHO) said on Tuesday.

These nations are now also seeing a rise in coronavirus cases, most likely caused by the more transmissible BA2 omicron variant, the global health body added.

WHO Europe director Hans Kluge said he was "optimistic but vigilant" about coronavirus developments on the continent.

The virus is on the rise in 18 out of 53 countries in the WHO European region, Kluge told a press conference in Moldova.

"The countries where we see a particular increase are the United Kingdom, Ireland, Greece, Cyprus, France, Italy and Germany," he said.

He also said "those countries are lifting the restrictions brutally from too much to too few."

The number of new COVID-19 cases in Europe fell sharply after a peak at the end of January, but has been on the rise again since early March, according to the WHO database.

Within the last week, WHO reported more than 5.1 million new cases and 12,496 deaths for its European region.
Indonesia has expanded its quarantine-free travel for tourists to include the entire country, following a successful trial run on the resort island of Bali, the Tourism Ministry said on Tuesday.

The decision comes as a result of compliance with strict health protocols and a low rate of positive COVID-19 tests, Tourism Minister Sandiaga Uno said in a statement.

International visitors now only have to produce a negative PCR test, Uno said.

China has called a lockdown on an industrial city of 9 million people late on Monday as the country registered more than 4,000 virus cases on Tuesday.

Shenyang, home to many factories, including BMW's, reported 47 new cases on Tuesday as the city locked down. Residents are barred from leaving their homes without showing a 48-hour negative test result.

In recent weeks, China's "zero-COVID" strategy had been battling a surging omicron wave that forced the government to impose localized lockdowns and increase mass testing.

But authorities have been concerned about the risk that persistent lockdowns could pose to the country's economic growth.

Last week, President Xi Jinping stressed the need to "minimise the impact" of the pandemic on China's economy, but also urged officials to stick to the current zero-COVID approach.

Germany's President Frank Walter Steinmeier and his wife, Elke, have tested positive for COVID-19, the head of state's office said on Tuesday.

Both have mild symptoms and immediately went into self-isolation, the office added.

The news comes after the country's infection rates continues to be persistently high in recent weeks and German states have delayed the easing of restrictions.

His son and heir to the throne, Crown Prince Haakon, will take over duties while the 85-year-old Harald takes a break for a few days, the royal household said in a brief statement.

More than two-thirds of all COVID-19 cases in the United States in the week ending March 19 have been identified as the BA2 omicron subvariant, the US Centers for Disease Control and Prevention (CDC) estimated on Tuesday.

COVID-19 infections in the US have slowed sharply since reaching record levels in January, but a coronavirus resurgence in parts of Asia and Europe because of the spread of the omicron variant has raised concerns.

Some experts have warned that higher levels of the omicron subvariant, combined with the ending of most national coronavirus restrictions, could lead to a new wave.

Most of the country's infection rates remain low and, as of March 19, the seven-day average of COVID-19 cases was 27,747, a decrease of nearly 18% from a week earlier.