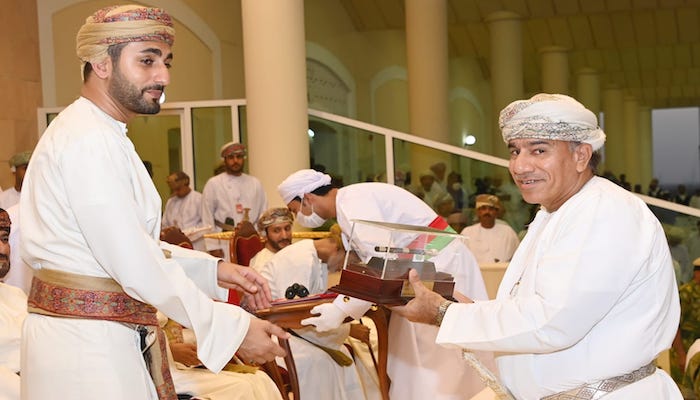 Muscat- As part of its larger initiative to support camel racing in the Sultanate, Oxy Oman representatives recently attended the Fulaij Main Camel Race in South Al Batinah governorate, which was organized by the Oman Camel Racing Federation, and sponsored by Oxy Oman.

Held under the auspices of His Highness Sayyid Theyazin bin Haitham al Said, Minister of Culture, Sports and Youth; the event was attended by Said bin Khamis Al Balushi, Senior Vice President Technical of Oxy Oman, along with other senior representatives of the company.

Over 2000 camels competed to win on the racetracks, and after 8 rounds, 8 winners were declared. Oxy Oman awarded each of the winners with a pickup truck, in accordance with the sponsorship agreement previously signed between the company and the Oman Camel Racing Federation.

The Fulaij Main Race is the last of four sponsored 2021/2022 races by Oxy Oman, as the company has previously awarded 12 winners in the 3 past races with pickup trucks.

In total, Oxy Oman has supported 29 camel races during the last eight years, as the initiative engages with a sport historically tied to the culture of local communities. This sponsorship comes within the framework of Oxy Oman’s long-term commitment to strengthen its social ties with the communities located in its concession areas and the wider Omani population, and it enhances the strategic partnerships and continuous collaboration with key stakeholders.