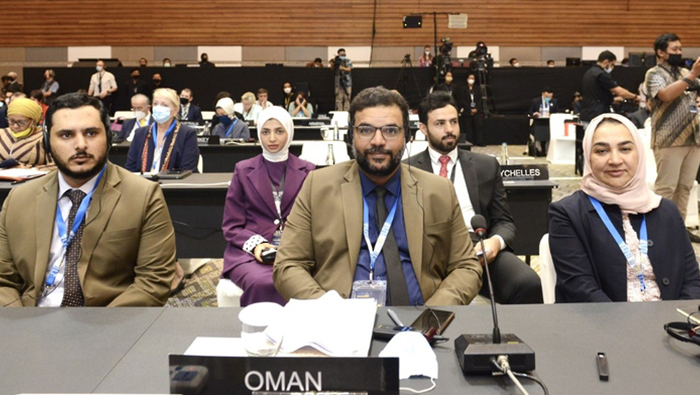 Jakarta: The Council of Oman is taking part in the 144th General Assembly of the Inter-Parliamentary Union (IPU), the 209th session of the Governing Council and the meetings of the Executive, Standing and Specialised Committees.

The Council of Oman joined in the discussions of the 144th General Assembly on reaching zero carbon emissions by holding parliaments on climate change.

Yaqoub Mohammed Al Harthy, Vice Chairman of the Shura Council, head of the participating delegation, affirmed that the future vision of combating climate change is evident in Oman as strategic plans were devised to address these changes.

Al Harthy underscored the importance of joint work between the United Nations Framework Convention on Climate Change and the Paris Agreement on climate change, as well as combating global warming.

The Council of Oman actively participated in reviewing the agenda of the 209th session of the Governing Council.

The two Secretaries-General of the State Council and Shura Council also took part in the meetings of the Association of Secretaries General of Parliaments.