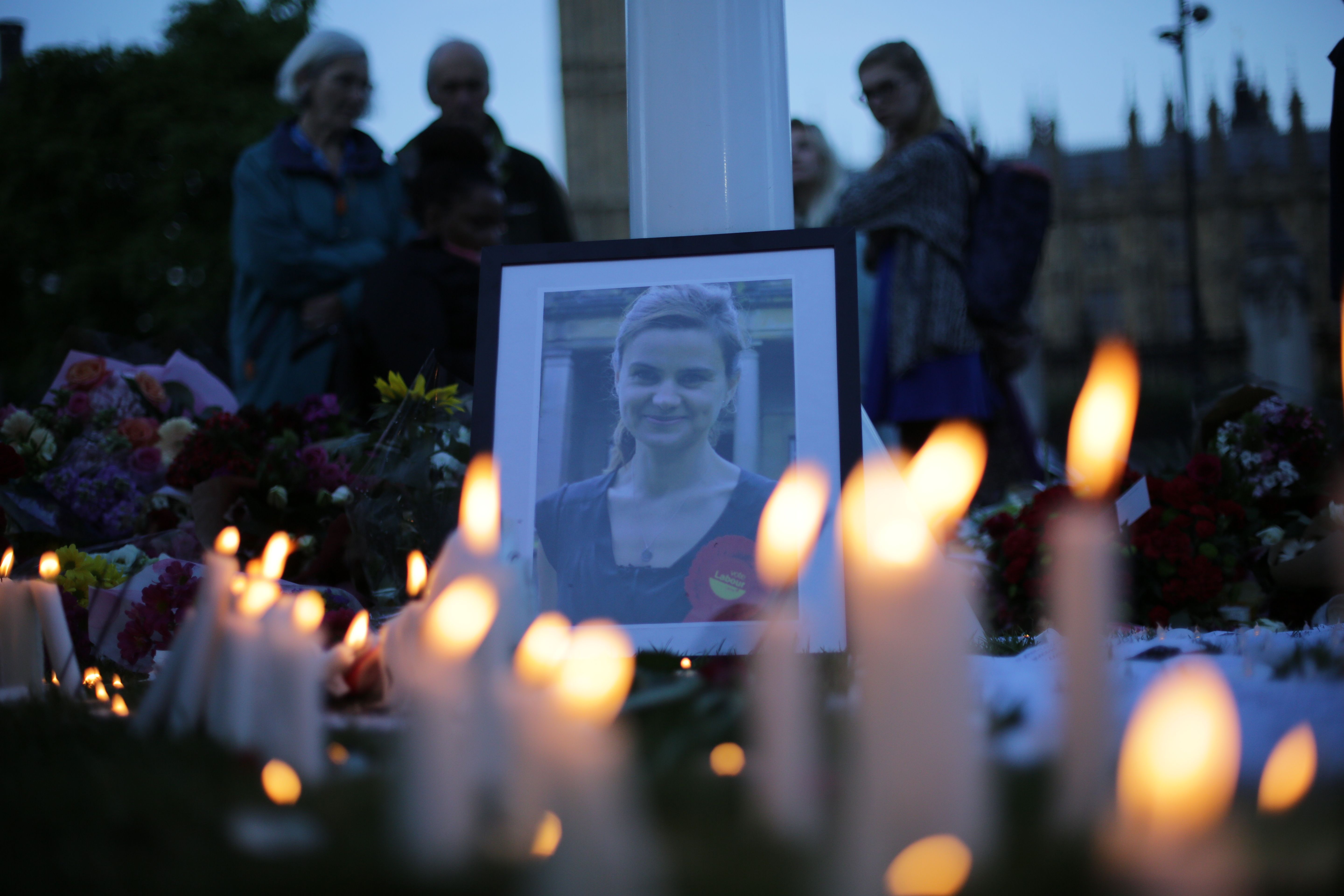 London: Thomas Mair, the man charged with the murder of lawmaker Jo Cox, gave his name as "death to traitors, freedom for Britain" when he appeared in court following an attack that has shocked Britain ahead of next week's referendum on European Union membership.
Cox, a 41-year-old member of the opposition Labour Party who supported staying in the EU, was shot and stabbed on Thursday in the street in her electoral district in northern England.
"My name is death to traitors, freedom for Britain," Mair said when asked his name by the clerk at London's Westminster Magistrates Court. When the question was repeated, Mair said the same words again, his only comments during Saturday's 15-minutue hearing.
Wearing grey sports clothing and flanked by two security guards, Mair was charged with murder, causing grievous bodily harm, and possession of a firearm and another offensive weapon.
Cox was preparing to hold a regular session to give advice to her constituents when she was killed in the town of Birstall, Yorkshire, where Mair lives.
The killing has shocked the nation, uniting politicians and leading to the suspension of hostilities in what had become increasingly bitter campaigning ahead of the June 23 referendum on Britain's EU membership.
On Friday, Prime Minister David Cameron joined Labour leader Jeremy Corbyn in laying flowers in Birstall. "It is a vile act that has killed her," Corbyn said.
Cameron has agreed to recall parliament on Monday to allow lawmakers to pay tributes to the popular Member of Parliament (MP), who was only elected in 2015. The murder has sparked debate in Britain, which has strict gun controls, about the safety of lawmakers, the heightened tempo of political confrontation and whether it would affect the outcome of the EU vote.
Both sides in the referendum contest have put on hold their national campaigns until at least Sunday. Polls have suggested the vote hangs in the balance, but in the last week had indicated that the campaign to leave had been taking the lead.
A telephone survey by BMG for Scotland's The Herald newspaper on Saturday showed the "In" camp on 53 per cent and "Out" on 47 per cent, although a separate online poll by BMG showed Out leading by 10 points, with 55 per cent support compared to In's 45 per cent. Both polls were carried out before the killing of Cox. Those wanting to stay in the EU can count on the support of many of Britain's biggest businesses, most economists and foreign leaders such as US President Barack Obama, who spoke to Cox's husband on Friday to offer condolences on behalf of the American people.
The International Monetary Fund, which has previously warned that Britain and the world economy could be hit by a so-called Brexit, said on Saturday an exit could leave Britain's economy more than 5 per cent smaller by 2019.
However, the "Out" campaign's message that EU membership is responsible for a loss of political control as well as uncontrolled immigration has appeared to have struck a chord with many Britons. Both sides have accused each other of making up facts to support their arguments, and the debates had become more heated and personal in the days leading up to Cox's death, with London Mayor Sadiq Khan telling Sky News politics had become "poisonous".
Cox, who had two young children, had arrived in Birstall for a "surgery" in a library with members of the public. nL8N1991ZY] A 77-year-old man who intervened to try to protect Cox is in hospital after suffering a serious abdominal injury.
In Westminster, where lawmakers do much of their work in parliament, armed police patrol the entrances, corridors and halls but there is often no security in their home electoral districts, or constituencies.
The last British lawmaker to have been killed was Ian Gow, who died after an Irish Republican Army (IRA) bomb exploded under his car at his home in 1990.
The Daily Telegraph newspaper reported that women MPs had repeatedly raised concerns about their security with Cameron's office, with one writing to say if it was not improved there would be a "tragic fatality".
Police have said they had reiterated advice and guidance to MPs, some of whom have cancelled surgeries after Cox's death. Leaders across Europe and the world have expressed shock at the killing of Cox, a former charity worker whose job took her to countries such as Afghanistan and Darfur.