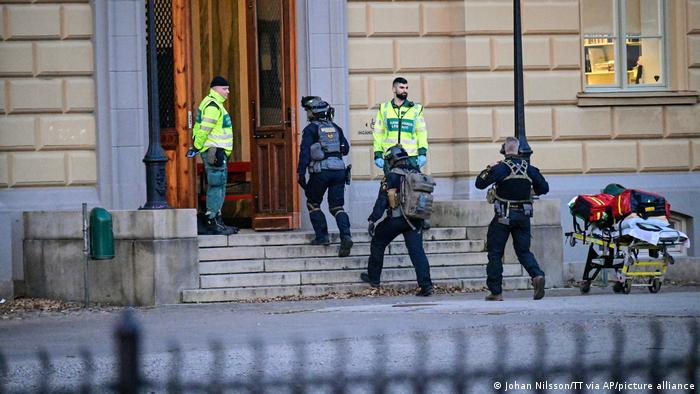 Police in Sweden said late on Monday that two women have been killed following a knife attack at a Swedish school.

According to authorities the incident took place at the Latin School in the city of Malmo, 615 kilometers (382 miles) south west of Stockholm.

What have police said about the incident?


Police said in a statement that they received an emergency call shortly after 1600 GMT.

When police and paramedics arrived on the scene, two women in their 50s, who were employed at the school, were found seriously injured.

They were rushed to hospital, but they were unable to be saved.

Around 50 people were at the school at the time of the incident, all of whom were evacuated from the building.

According to police an 18-year-old man was arrested on suspicion of murder. The motive for the attack is being investigated.

"We arrived early and were able to arrest the perpetrator. Now we have a lot of work to do to understand what happened and the underlying motive for this terrible incident," said Asa Nilsson, head of the Malmo North local police area.