UN General Assembly to vote on humanitarian assistance for Ukraine 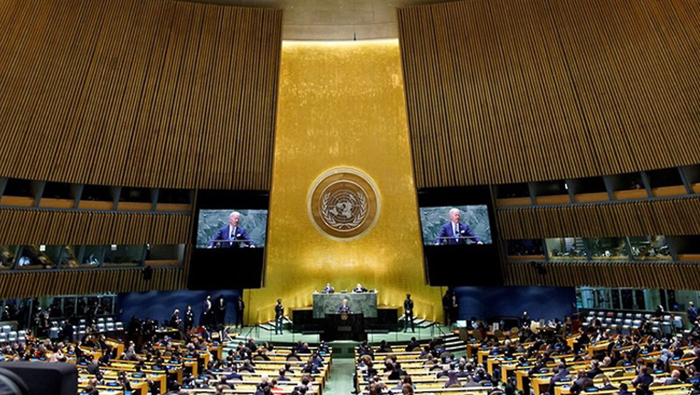 New York: The United Nations General Assembly is expected to vote in the coming days on a resolution for the improvement of the humanitarian assistance for Ukraine.

According to dpa information, a draft resolution on the humanitarian consequences of Russia's war in Ukraine was circulated among the 193 members of the UN's largest body on last night.

The resolution is expected to receive broad approval in a vote during the coming days.

Earlier this month, the assembly voted in favour of a resolution reaffirming Ukrainian sovereignty, independence and territorial integrity.

Resolutions critical of the war have next to no chance of passing in the more powerful UN Security Council, where Russia has the power of veto.

Unlike Security Council resolutions, a resolution adopted in the General Assembly is not binding under international law and has more of a symbolic significance.