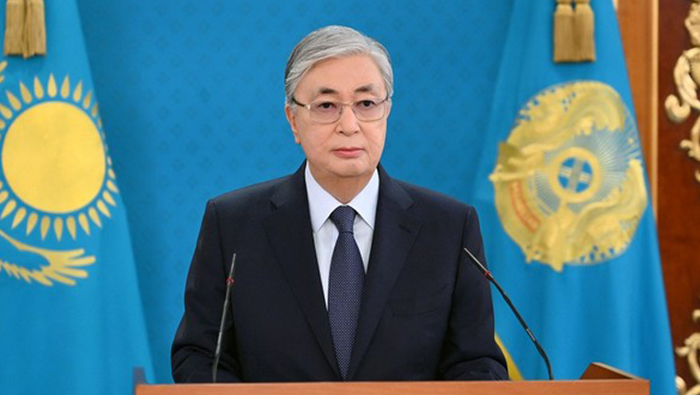 Nur-Sultan: Proposing Constitutional reforms to limit the powers of his office, Kazakhstan's President Kassym-Jomart Tokayev said central Asian country needs to switch from 'super presidential' rule to political modernisation with a focus on the role of citizens in governing the state, including through electoral processes.

Tokayev was elected in 2019 following the resignation of Nursultan Nazarbayev, who stepped down after running the mineral-rich nation for three decades.

Nazarbayev this year gave up sweeping powers as the head of the security council and the leader of the ruling party during and after violent unrest in January.

In a speech to the country's Parliament, Tokayev said at the initial stage of the country's development, 'super presidential' style rule was justified. "But we are not standing still - society is changing, the country is changing. And our political system must constantly adapt to new realities."

With an aim to create "New Kazakhstan", Tokayev presented a programme of comprehensive modernisation based on what he described as long-standing public demand for radical changes.

"Today, literally everything is focused on the President, and this is fundamentally wrong. We need to gradually move away from this practice," he said in an address titled "New Kazakhstan: The Path of Renewal and Modernisation."

Emphasizing that long-term interests of the state are more important than additional levers of power, Nazarbayev had said at the January congress of the Amanat party that he will leave the post of chairman.

Tokayev said his main priority as President "has always been" and "will be" the implementation of the reforms needed by the people.

"I am absolutely confident that steady progress of the country and large-scale social and economic reforms are impossible without political modernisation. In two and a half years we have achieved substantial results in this direction," he said.

Speaking about the January unrest, the Kazak President said that the events were the biggest test for the country's statehood. "We were standing on the edge of a precipice. With one wrong step, we could have lost our state," he said.

"The investigation into the conspiracy by the security forces and their accomplices continues at an intense pace, and is classified," he added.

The January unrest was a series of massive protests that began on 2 January after a sudden sharp increase in liquefied gas prices following the lifting of a government-enforced price cap on 1 January.