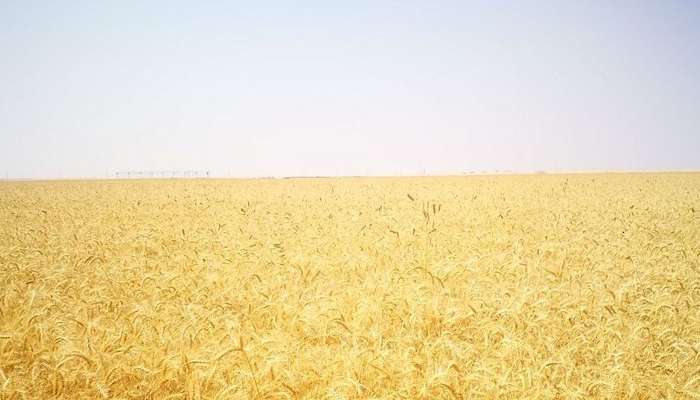 Muscat: The wheat harvest in the farms of Najd region in the Governorate of Dhofar reaches nearly 1,500 tonnes, an increase of more than 1,000 tonnes over last season.

Oman News Agency (ONA) said in a statement: "The expected production of this season's wheat crop on farms in the Najd region in the Wilayat of Thumrait is about 1,500 tonnes, an increase of more than 1,000 tonnes over last season."

The harvest of this season's wheat crop has started for 35 farms with an area of 1,547 feddans, with an increase in the cultivated area by about 61 per cent over last season due to its nutritional and economic importance.

Engineer Rashid bin Saeed Al Ghafri, Director General of the Directorate General of Agriculture, Fisheries and Water Resources in the Governorate of Dhofar, said that the cultivated area of the wheat crop was 600 feddans last season, and this season it increased to 1,547 feddans.

Al Ghafri pointed out that the cultivation of the wheat crop is spreading at a large pace in the Najd region as a result of the efforts made by the ministry to encourage farmers to expand strategic cultivations to achieve the objectives of the Oman Vision 2040 in the field of achieving food security.