Cyclone Asani: Depression over southeast Bay of Bengal, Andaman Sea to intensify in next 24 hrs 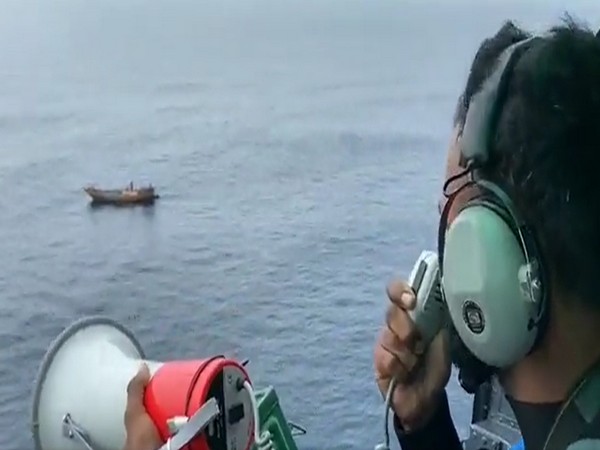 New Delhi: The India Meteorological Department (IMD) on Sunday said the depression over the southeast Bay of Bengal and the adjoining south Andaman Sea will intensify further into a deep depression during the next 24 hours.

"Yesterday's well-marked low-pressure area intensified into a depression over the southeast Bay of Bengal and adjoining south the Andaman Sea at 5:30 AM today. To intensify further into a Deep Depression during the next 24 hours," IMD informed in a tweet.

Sea conditions are very likely to be rough to very rough over the Andaman Sea and adjoining southeast Bay of Bengal on Sunday, the IMD informed.

An advisory has been issued to the fishermen and they have been advised not to venture into the southeast Bay of Bengal during March 20-21, and into the Andaman Sea and along and off Andaman and Nicobar Islands during March 20-22.

Earlier on Saturday, with the year's first cyclone Asani brewing over the Bay of Bengal, the Andaman and Nicobar Islands Administration issued an advisory for fishermen appealing to them not to venture into the sea during the period of the cyclone from March 19-22.

In view of the forecast, the Islands Administration has activated emergency control rooms. Chief Secretary Jitendra Narain on Friday reviewed the Union Territory-level preparations to face Cyclone Asani. All officers were directed to take every effort to ensure the safety of all citizens.