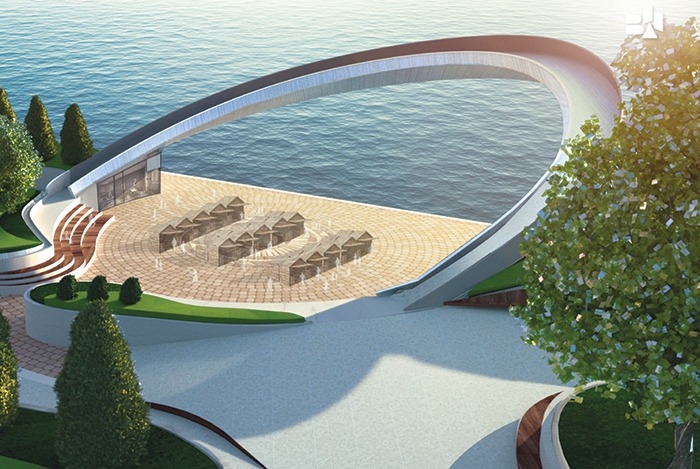 New landmarks in the country will encourage more tourists to visit Oman.

Muscat: Iconic architecture projects supported by initiatives such as the Bilarab bin Haitham Award for Architectural Design will add more landmarks to the skyline of Oman and encourage more tourists to come and see the creativity and craftsmanship of Omani architects.

Ahmed bin Mohammed Al Jahdami, who won the award with his teammates Omaima Al Hinai and Abdullah Al Bahri for their Maidan Muttrah project at a gala ceremony at the Royal Opera House Muscat on Tuesday, 15 March, said, “We are delighted we have been able to win the award and we were hoping to win the competition,” said Ahmed, who also serves as the design director of Wajha Consulting Engineers.

“We are extremely happy to have won, because this competition is under the blessings of His Majesty Sultan Haitham bin Tarik and under the patronage of His Highness Bilarab bin Haitham Al Said.

“I dedicate this win to His Majesty and His Highness and thank them for giving myself and my participating colleagues the opportunity to showcase our creativity and ideas in engineering design,” he added.

Project features
The winning project features an iconic curved, angled bridge over the waterfront of the Muttrah Corniche that is inspired by the sword of Imam Al Salt bin Malik. Designed in a way to replicate the flight of birds over the sea, the bridge also acts as a frame through which some of Muttrah’s most iconic landmarks can be seen.

The Maidan Muttrah project also includes displays that show the interplay between light and water, giving an amazing visual experience for the people. The project is to be built on a specific site in the port section of Muttrah. The projects submitted for the award were meant to be edifices symbolising the 50-year accomplishments of the renaissance under the late His Majesty Sultan Qaboos bin Said, and envisaging the aspirations of Vision 2040 under His Majesty Sultan Haitham bin Tarik.

“The bridge surrounds a multi-use plaza that includes a dancing fountain, retail stores and cafes and restaurants,” explained Ahmed. “The project took about two months to complete…all of us contributed with our experience and creative vision to come up with this design. We wanted to come up with a unique design that would win the admiration of the jury.

Significance of the award
“This award encourages us to keep up with developments in architecture and design taking place around the world,” he added. “It will help in the architectural developments of the various regions, while still showcasing their heritage and cultural identity, which people can come to visit, and understand more about these places.”

The Bilarab bin Haitham Award for Architectural Design has been launched as an annual competition with a global vision, as a platform for innovators of unique architectural projects to be built in certain regions across Oman. Projects are to have a distinctive architectural character that combines originality and contemporary qualities that can be translated into actual on-ground structures.

The award also seeks to showcase the diverse environment and terrain of Oman across the country’s various governorates. To this effect, the designs put forward for the award need to target certain architectural qualities and must focus on a specified region in Oman.